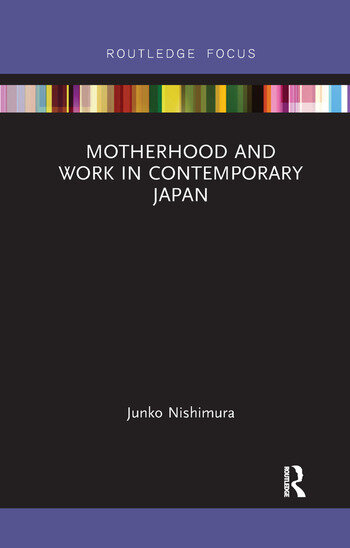 Motherhood and Work in Contemporary Japan

This book explores the employment of Japanese women born in the 1960s and 1970s who experienced childbirth and raised children in the 1990s and the early 2000s. During this period, the Japanese economy experienced a severe recession. It has affected the firm-specific internal labour market and on employment practices, which in turn are thought to have greatly influenced Japanese women’s employment. On the other hand, the fertility rate declined and social policies to support women’s employment began to be implemented after the 1990s. This book explores how these labour market structure and social policies interact to affect Japanese women’s employment. The book first analyses the employment patterns of women born between the 1920s and 1970s and examines how they have varied among different birth cohorts. Then, the employment behaviour of women before and after childbirth through the post-child-rearing period, as well as the working career of single mothers are explored for women born in the 1960s and 1970s. Based on the data analyses, the concluding part of this book discusses how the labour market structure and social policies during the 1990s and early 2000s interactively influenced employment behaviour of Japanese women, and some suggestions are put forward for changing women’s employment during the child-rearing years.

1. Do Women Work More Now Than Before?: What the M-shaped curve implies

4. Women's Employment during the Childbirth and Child-Rearing Years

5. Re-entry and Exit Again?: Women's Career after Childbirth through the Post-Child-Rearing Years

Motherhood and Work in Contemporary Japan