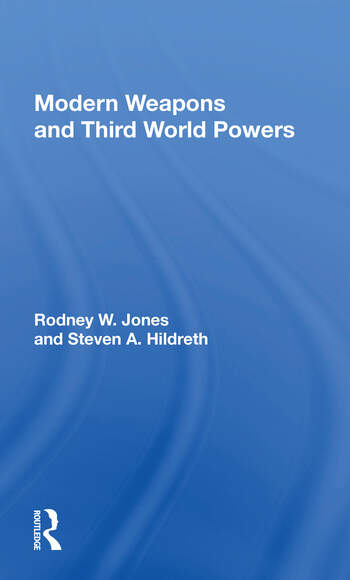 The possession of high-technology weapons, some capable of mass destruction, is no longer the exclusive prerogative of superpowers. This volume explores the international and security issues raised by the acquisition of modern weapons among emerging Third World powers and its implications for U.S. policy. Based on the findings of a year-long resear

"Rodney W. Jones is a senior fellow at the Georgetown University Center for Strategic and International Studies (CSIS). Currently director of Nuclear Policy Studies at the Center and a member of the CSIS arms control working group, he has contributed to the Southwest Asian portions of the Future of Conflict and U.S. Army projects. He was recently project director for Modern Weapons in the Third World, the basis for this volume. Currently, he is working on the military uses of space. Jones was formerly associate professor of political science and an associate of the Institute of War and Peace Studies at Columbia University. His government experience includes service in the Bureau of Political-Military Affairs at the Department of State. Dr. Jones has published Urban Politics in India (1974), Washington Paper #82, Nuclear Proliferation: Islam, the Bomb, and South Asia (1981), contributed to several books including The Future of Conflict in the 1980s (1982), and authored numerous scholarly articles. Recently, he published a book entitled Small Nuclear Forces and U.S. Security Policy (1984). Steven A. Hildreth is a research associate, political-military studies, at Georgetown University CSIS. He has worked on nuclear nonproliferation, security assistance, and arms control, and recently with the State Department’s Commission on Security and Economic Assistance. He has published U.S. Security Assistance: The Political Process (coeditor and contributor), contributed to Strategic Requirements for the Army to the Year 2000 (1984), and authored in Journal of Church and State. In 1980 and 1981, he served as an executive officer in the International Studies Association, Washington, DC Region, and on the Advisory Council, 1982–1984." 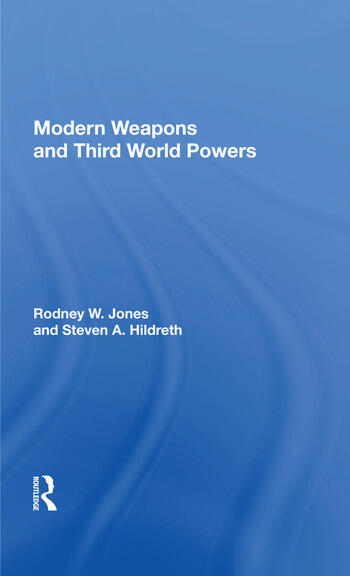