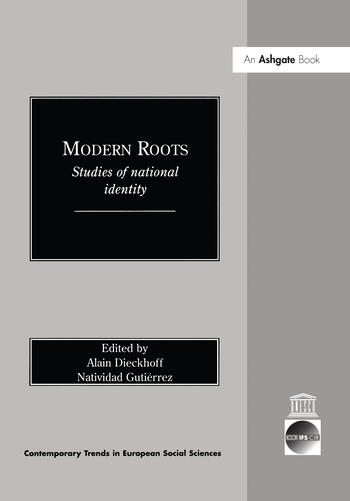 Interest in the study of national identity as a collective phenomenon is a growing concern among the social and political sciences. This book addresses the scholarly interest in examining the origins of ideologies and social practices that give historical meaning, cohesion and uniqueness to modern national communities. It focuses on the various routes taken towards the construction of cultural authenticity as an inspirational purpose of nation-building and reveals the diversity of the themes, practices and symbols used to encourage self-identification and communality. Among the techniques explored are the dramatization of suffering and tragedy, the exaltation of heroes and deeds, the evocation of landscape, nature and the arts and the delimitation of collective values to be pursued during reconstruction in post-war periods.

’...the volume has been well-selected with a good balance between theory and case studies. The texts are logically arranged, and drawn together well by the introduction and conclusion. Many chapters have been translated from French, making them more widely available...The broad focus and extensive theoretical material mean that most readers will find at least several useful chapters herein.’ The Global Review of Ethnopolitics ’This book will please those who are interested in the theoretical, symbolic, social and conflicting dimensions of nationalism. It combines a certain unity of problematique with a great diversity of topics. The essays are of mixed interest, but they offer a fair sampling of European (and mostly French) research on national identity.’ Nationalism and Ethnic Politics ’...this collection of articles brings some fresh life into understanding national identity.’ Canadian Review of Studies in Nationalism ’...readers of this rich volume will enjoy a piece of work that goes a long way towards helping the social sciences recognize the crucial influence of national structures in the shaping of group identities.’ Intercultural Education ’...an interesting and useful addition...some of the case studies provided here are very illuminating. The book will be of interest to scholars and students in a wide range of academic disciplines and, indeed, it is one that I have recommended to many of my final-year and masters-level students.’ Journal of Multilingual and Multicultural Development