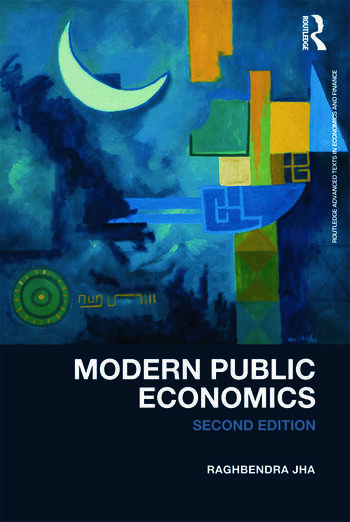 In recent times not only have traditional areas of public economics such as taxation, public expenditure, public sector pricing, benefit cost analysis, and fiscal federalism thrown up new challenges but entirely new areas of research and inquiry have emerged. This second edition builds upon the strengths of the previous edition and incorporates results of research on new areas such as global public goods, environmental taxation and carbon permits trading and the complexities of corporate taxation in a rapidly globalizing world.

The book is a modern and comprehensive exposition of public economics. It includes extended discussions on topics of particular interest to developing countries and covers subjects such as:

This book discusses the major traditional areas of taxation and public expenditure as well as emerging issues relating to public economics in the globalized world economy. It will be useful as a reference and update on the modern literature on public economics for professional economists and policymakers, as well as providing invaluable information as a basic text for undergraduate and graduate students in public economics.

Praise for the first edition

"Professor Jha's Modern Public Economics is one of those rare feats--an accessible, wide-ranging and marvelously organized survey of the field for intermediate students and a precise down-to-earth manual for practitioners."

"Jha's book fills an important lacuna from the point of view of students.... The challenging task before a contemporary text is to convey the movement from the old to the new public economics in a manner that will enthuse and motivate the students. This is a subtle task and Jha has accomplished this admirably... Modern Public Economics is an excellent and exciting book and belongs on the bookshelf of every serious student of the effect of state intervention in the market place."

Praise for the second edition

"This is a magisterial study-the author’s complete mastery of theoretical intricacies and subtleties is matched by a deep and profound understanding of policy choices that confront governments in developing countries. In a remarkable blend of theory and practice, it surpasses the best in Public Finance. "

Anil B. Deolalikar, Professor of Economics, University of California Riverside

"Professor Jha has again provided both students and researchers a comprehensive and intelligible introduction to Public Economics. His clear, crisp exposition of complex ideas will be welcomed by students everywhere".