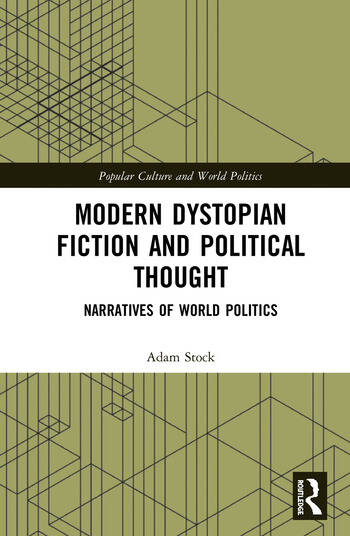 Over the past few years, ‘dystopia’ has become a word with increasing cultural currency. This volume argues that we live in dystopian times, and more specifically that a genre of fiction called "dystopia" has, above others, achieved symbolic cultural value in representing fears and anxieties about the future. As such, dystopian fictions do not merely mirror what is happening in the world: in becoming such a ready referent for discussions about such varied topics as governance, popular culture, security, structural discrimination, environmental disasters and beyond, the narrative conventions and generic tropes of dystopian fiction affect the ways in which we grapple with contemporary political problems, economic anxieties and social fears.

The volume addresses the development of the narrative methods and generic conventions of dystopian fiction as a mode of socio-political critique across the first half of the twentieth century. It examines how a series of texts from an age of political extremes contributed to political discourse and rhetoric both in its contemporary setting and in the terms in which we increasingly cast our cultural anxieties. Focusing on interactions between temporality, spatiality and narrative, the analysis unpicks how the dystopian interacts with social and political events, debates and ideas, Stock evaluates modern dystopian fiction as a historically responsive mode of political literature. He argues that amid the terrors and upheavals of the first half of the twentieth century, dystopian fiction provided a unique space for writers to engage with historical and contemporary political thought in a mode that had popular cultural appeal.

Combining literary analysis informed by critical theory and the history of political thought with archival-based historical research, this volume works to shed new light on the intersection of popular culture and world politics. It will be of interest to students and scholars in literary studies, cultural and intellectual history, politics and international relations.

2. "Libraries Full of Kants": Heretics, history and Yevgeny Zamyatin’s We

4. "It has happened to Europe before but never to me": allegory and English exceptionalism in 1930s dystopias

5. Nazism, myth and the pastoral in Katherine Burdekin’s dystopian fiction

6. Dystopia at its limits: World War II and history

8. "Life in all its forms is strife": the Cold War nuclear threat and John Wyndham’s pessimistic liberal utopianism

Adam Stock is a Lecturer in English Literature at York St John University, where his research is concerned with narrative and political thought. He uses interdisciplinary methods to explore how narrative and form can be mobilised to make political arguments; using this lens, his primary research interests are in Utopian Studies and Science Fiction. He also works on modernisms, particularly considering temporalities, provinciality and ruination. Some of his previous work has been funded by the AHRC (as Co-Investigator on the early career exploratory award Reconfiguring Ruins) and by the Leverhulme Trust (as Network Facilitator on the Imaginaries of the Future project). He has published articles and chapters on dystopian narratology and on writers including John Wyndham and George Orwell. He serves as Hon. Treasurer of the Utopian Studies Society (Europe).