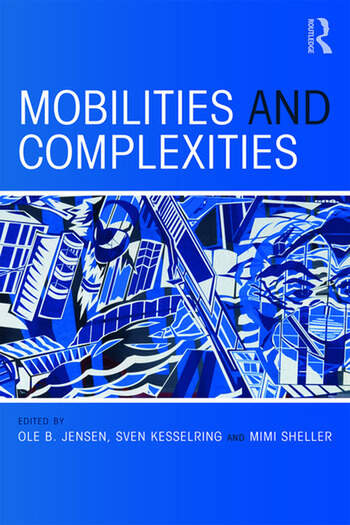 The new ‘mobilities turn’ has become a powerful perspective in social theory. John Urry’s oeuvre has been very influential in the emergence of this new field and has had lasting impacts on many scholars. This collection presents originally commissioned essays from leading scholars in the field who reflect on how Urry’s writing influenced the course of their research and theorizing.

This volume gathers contributions in relation to John Urry’s path-breaking work. The new ‘mobilities turn’ made a strong imprint in European social theory and is beginning to make an impact in the Americas and Asia as well. It challenges mainstream theoretical and empirical approaches that were grounded in a sedentary and bounded view of states. It propels innovative thinking about social and media ecologies, complex systems and social change. It bridges many disciplines and methodologies, leading to new approaches to existing problems while also resonating with questions about both history and the future. Mobilities research marks the rise of academic and intellectual cooperation and collaboration ‘beyond societies’, as nations around the world face the ecological limits of contemporary mobility and energy systems.

The contributors represent several national contexts, including England, Germany, Denmark, Finland, Taiwan, Brazil, Canada, Australia and the USA. This book collects personal essays and gives insight into a vivid network of scientists who have connections of various degrees to the late John Urry as an academic figure, an author and a person.

Chapter 2: Encountering John Urry: A fragment of an autobiography in theory

Chapter 3: Will there be an Urryism? The dialectic of a plural thinker in singular times

Chapter 4: Migration, the sociology of mobility and critical theory

Chapter 5: Post-disciplinary encounters between Lancaster and the rest of the world

Chapter 7: Proximity from a distance: Virtual and imaginative mobility through the intimacies of life on screen

Chapter 8: Postcards from a city

Chapter 9: The sensory pleasures of the disoriented tourist

Chapter 10: Some personal reflections on the social production of multiple natures

Chapter 11: On a pilgrimage: A journey with John Urry

Chapter 15: After the end of tourism

Chapter 17: Running away from, or with, the tourist gaze

Chapter 19: Ice-fishing with John Urry – and other Finnish episodes of ontological importance

Chapter 21: Time: the particular and the universal

Chapter 25: How one book and one meeting shaped my aeromobilities research

Chapter 28: The future’s never simple when its complex: Social forecasting with John Urry

Chapter 29: From mobilities to mobile Lives and beyond: The world according to John Urry

Chapter 31: A planetary turn for the social sciences?

Ole B. Jensen is Professor of Urban Theory. He has a cross-disciplinary background in political science, sociology and planning. He studies how sociality is reconfigured by complex mobilities in the designed environs and infrastructural landscapes of the contemporary city.

Mimi Sheller is Professor of Sociology and Founding Director of the Center for Mobilities Research and Policy at Drexel University, Philadelphia. She is founding co-editor of the journal Mobilities and past president of the International Association for the History of Transport, Traffic and Mobility. She is the author or co-editor of ten books, the most recent being Mobility Justice: The Politics of Movement in an Age of Extremes (2018).