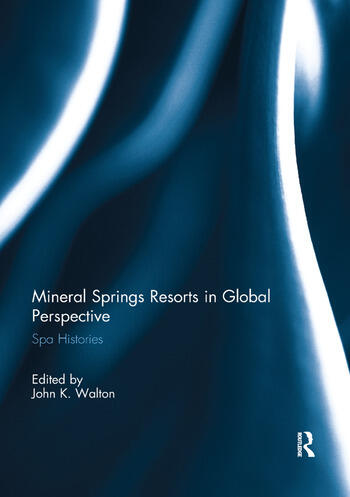 Spa resorts were a favoured destination for affluent seekers after health and comfortable leisure in opulent surroundings from the seventeenth to the twentieth century, although in the railway age they began to suffer from competition from new fashions in leisure and tourism, especially the seaside holiday. During their heyday the leading spa resorts became hotbeds of political and diplomatic intrigue, and gathering-points for high society. As such, they also became important businesses, and distinctive, carefully-managed urban environments. ‘Taking the waters’ at a mineral springs resort fell into eclipse over much of the Western world in the mid-twentieth century, only to revive in more diffuse guise as ‘health and wellness tourism’ in the new millennium.

This book examines an important body of practices and experiences from the perspectives of health, pleasure, conspicuous consumption and display, urban governance, culture and politics across a quarter of a millennium, drawing its examples not only from the British Isles, France, Spain and Central Europe, but also from the United States and Australia. An international team of distinguished historians puts this neglected theme back on the historical map, at a time when spas and their treatments have never been so popular and visible in contemporary society.

This book was published as a special issue of the Journal of Tourism History.

1. Introduction: Health, sociability, politics and culture: spas in history, spas and history  2. Scarborough in the 1730s: spa, sea and sex  3. Town or country? British spas and the urban/ rural interface  4. Visitors and residents: the dynamics of charity in eighteenth-century Bath  5. A fading movement: hydrotherapy at the Scottish Hydros, 1840-1939  6. The value of water: the origins and expansion of thermal tourism in Spain  7. Moral economies and commercial imperatives: food, diets and spas in Central Europe, 1800-1914  8. Spas, steamships and sardines: Edwardian package tourism and the marketing of Galician regionalism  9. Reinventions of a spa town: the unique case of Vichy  10. Saratoga Springs: from genteel spa to Disneyfied family resort  11. From the majestic to the mundane: democracy, sophistication and history among the mineral spas of Australia

John K. Walton is an IKERBASQUE research professor in the Department of Contemporary History, University of the Basque Country, Leioa, Bilbao, Spain. He edited Histories of Tourism (Clevedon: Channel View, 2005) and continues to publish extensively, and internationally, on histories of tourism, sport, popular culture and regional/ national identities, especially in Britain and Spain.