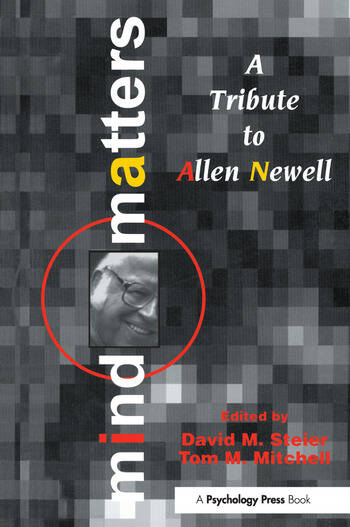 Based on a symposium honoring the extensive work of Allen Newell -- one of the founders of artificial intelligence, cognitive science, human-computer interaction, and the systematic study of computational architectures -- this volume demonstrates how unifying themes may be found in the diversity that characterizes current research on computers and cognition. The subject matter includes:

* an overview of cognitive and computer science by leading researchers in the field;
* a comprehensive description of Allen Newell's "Soar" -- a computational architecture he developed as a unified theory of cognition;
* commentary on how the Soar theory of cognition relates to important issues in cognitive and computer science;
* rigorous treatments of controversial issues in cognition -- methodology of cognitive science, hybrid approaches to machine learning, word-sense disambiguation in understanding material language, and the role of capability processing constraints in architectural theory;
* comprehensive and systematic methods for studying architectural evolution in both hardware and software;
* a thorough discussion of the use of analytic models in human computer interaction;
* extensive reviews of important experiments in the study of scientific discovery and deduction; and
* an updated analysis of the role of symbols in information processing by Herbert Simon.

Incorporating the research of top scientists inspired by Newell's work, this volume will be of strong interest to a large variety of scientific communities including psychologists, computational linguists, computer scientists and engineers, and interface designers. It will also be valuable to those who study the scientific process itself, as it chronicles the impact of Newell's approach to research, simultaneously delving into each scientific discipline and producing results that transcend the boundaries of those disciplines.

"...a highly recommended book for students of the cognitive sciences, and thus is a fitting tribute to the research of Allen Newell."
—Journal of Math Psychology