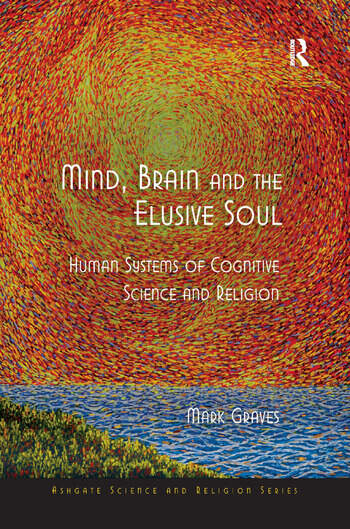 Mind, Brain and the Elusive Soul: Human Systems of Cognitive Science and Religion

Does science argue against the existence of the human soul? Many scientists and scholars believe the whole is more than the sum of the parts. This book uses information and systems theory to describe the "more" that does not reduce to the parts. One sees this in the synapses”or apparently empty gaps between the neurons in one's brain”where informative relationships give rise to human mind, culture, and spirituality. Drawing upon the disciplines of cognitive science, computer science, neuroscience, general systems theory, pragmatic philosophy, and Christian theology, Mark Graves reinterprets the traditional doctrine of the soul as form of the body to frame contemporary scientific study of the human soul.

Mark Graves is Visiting Faculty at the Center for Theology and Natural Sciences, where he co-teaches a doctoral seminar on "Theology, the Person, and Neuroscience," and is organizing a cognitive science and religion program with faculty at Graduate Theological Union (GTU) and University of California, Berkeley. He has 20 years experience in interdisciplinary research upon which this book draws. He studied cognitive science at Georgia Tech before earning a doctorate in computer science/artificial intelligence at University of Michigan, and spent ten years working in the fields of bioinformatics, genomics, and systems biology. He was one of the first computer scientists to work on the Human Genome Project (at Baylor College of Medicine and in industry), and has published forty technical works in computer science and biology, including the book Designing XML Databases (2002). He earned a MA in theology at GTU and Jesuit School of Theology at Berkeley, writing his thesis on the human soul.

'Mark Graves here crafts an intriguing synthesis of systems theory, cognitive science, and emergence theory in this quest to preserve the category of "soul" for a scientific age... An effective resumé of the concepts that theologians will need in order to speak to the contemporary scientific context.' Philip Clayton, Claremont School of Theology, USA and Claremont Graduate University, USA ’... Graves' thesis is valid and it is a welcome corrective to the proposal to rid theology of the soul... the book should be purchased by scholars in the fields of philosophical and theological anthropology and those interested in the interplay between emergence theory and religion.’ ESSSAT News

Mind, Brain and the Elusive Soul: Human Systems of Cognitive Science and Religion