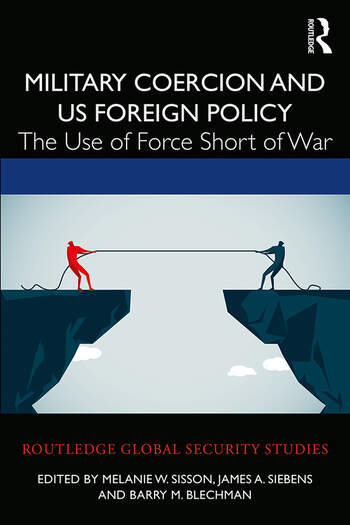 Military Coercion and US Foreign Policy: The Use of Force Short of War

This book examines the use of military force as a coercive tool by the United States, using lessons drawn from the post-cold war era (1991-2018).

The volume reveals that despite its status as sole superpower during the post-Cold War period, US efforts to coerce other states have failed as often as they have succeeded. In the coming decades, the United States will face states that are more capable and creative, willing to challenge its interests and able to take advantage of missteps and vulnerabilities. By using lessons derived from in-depth case studies and statistical analysis of an original dataset of more than 100 coercive incidents in the post-Cold War era, this book generates insight into how the US military can be used to achieve policy goals. Specifically, it provides guidance about the ways in which, and the conditions under which, the US armed forces can work in concert with economic and diplomatic elements of US power to create effective coercive strategies.

This book will be of much interest to students of US national security, US foreign policy, strategic studies, and International Relations in general.

9. Coercion in the Past, and the Future of Competition Melanie W. Sisson, James A. Siebens, and Barry M. Blechman

James A. Siebens is a Research Associate with the Stimson Center’s Defense Strategy and Planning Program, Washington, DC, USA.

Military Coercion and US Foreign Policy: The Use of Force Short of War