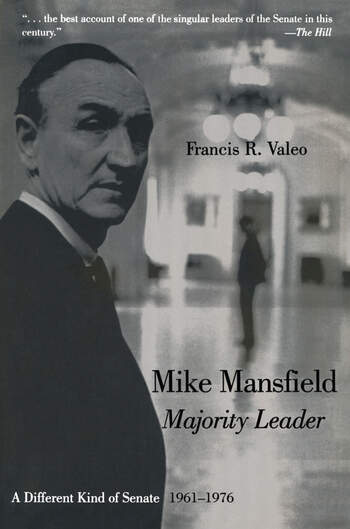 The story of Mike Mansfield's influential fifteen-year reign as Senate Majority Leader is colored with some of the most important events of this century: the election of John F. Kennedy, the Kennedy and King assassinations, student and political unrest of the late Sixties, Vietnam, Watergate, the Nixon resignation, and numerous important pieces of legislation from the era, among them the 1964 Civil Rights Act. Valeo, Secretary of the Senate under Mansfield, writes about the Senate and Mansfield's role in national affairs from 1961-76. He argues that Mansfield was instrumental in shaping a more egalitarian kind of Senate than that of the 1950s, when Lyndon B. Johnson was Majority Leader.

This anthology contains 16 readings by English-language scholars that deal with military, political, diplomatic, and social aspects of World War II and its consequences for the contemporary world. The readings are grouped around seven major topics and each topic is prefaced with a substantial commentary by Professor Lee that places it in historical context. The readings consist of complete articles or integral chapters rather than abridged selections so that each author's argument can be read in its original form. The authors are: Gerhard L. Weinberg, Akira Ireye, Jan Thomasz Gross, Betram M. Gordon, Michael R. Marrus, Hugh Tinker, Roy Fraser Holland, Lloyd E. Eastman, Roberta Wohlstetter, Williamson Murray, Sheila Fitzpatrick, D'Ann Campbell, Robert M. Hathaway, Melvyn P. Leffler, A.J. Levine, and Lawrence Freedman.