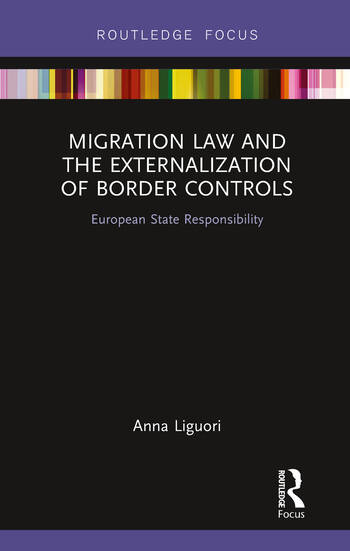 Over the last few decades, both the European Union and European States have been implementing various strategies to externalize border controls with the declared intent of saving human lives and countering smuggling but with the actual end result of shifting borders, circumventing international obligations and ultimately preventing access to Europe. What has been principally deplored is the fact that externalizing border controls risks creating ‘legal black holes’. Furthermore, what is particularly worrying in the current European debate is the intensification of this practice by multiple arrangements with unsafe third countries, exposing migrants and asylum seekers to serious human rights violations.

This book explores whether European States can succeed in shifting their responsibility onto Third States in cases of human rights violations. Focusing, in particular, on the 2017 Italy-Libya Memorandum of Understanding, the book investigates the possible basis for triggering the responsibility of outsourcing States. The second part of the book examines how the Italy-Libya MoU is only a small part of a broader scenario, exploring EU policies of externalization. A brief overview of the recent decisions of the EU Court vis-à-vis two aspects of externalization (the EU-Turkey statement and the issue of humanitarian visas) will pave the way for the conclusions since, in the author’s view, the current attitude of the Luxembourg Court confirms the importance of focusing on the responsibility of European States and the urgent need to investigate the possibility of bringing a claim against the outsourcing States before the Court of Strasbourg.

Offering a new perspective on an extremely topical subject, this book will appeal to students, scholars and practitioners with an interest in European Law, International Law, Migration and Human Rights.

A case study: the 2017 Italy-Libya Memorandum of Understanding

1 The Italy-Libya Memorandum of Understanding of 2 February 2017

2 Violations of human rights in Libya

3.1 Article 16 of the International Law Commission Draft Articles on the Responsibility of States (ASR)

4.1 Overlap between complicity and positive obligations

1 The Externalization of EU migration policies

1.1 The external dimension of EU migration and asylum policy in the GAMM and in the Agenda on Migration

1.3 From the European Commission communication of 7 June 2016 establishing a new Partnership Framework with third countries to the European Council conclusions of 28 June and 18 October 2018

2 The attitude of the Luxembourg Court vis-à-vis externalization