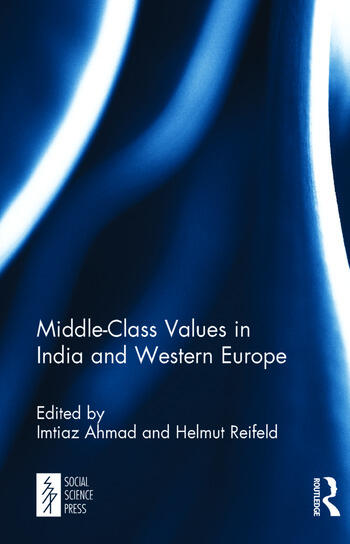 Middle-class Values in India and Western Europe discusses the distinctive attributes of the middle classes in France, Germany and India. The construction of new norms of respectability is a universal feature of the middles classes, though their rhetoric has varied in different societies. Drawing on historical experiences in both western Europe and colonial India, the contributors to this volume try to understand the common inheritance of these newly emerging middle classes and the social and political impact they have had on their societies of origin. Each study is based on detailed research and combines both theoretical and empirical material.

The Rise of the Middle Class in India & Western Europe

1. Middle Class and Secularization: The Muslims of Delhi in the Nineteenth Century

2. Merchants, Entrepreneurs and the Middle Class in the Twentieth Century

3. ‘Bürgertum’ and ‘Bürgerlichkeit’: A class and its Values

Class Formation in the Twentieth Century

4. The Social Character of the Indian Middle Class

5. Middle-class Values and the Creation of a Civil Society

6. The ‘Grandes Ecoles’ in France: from Republican to Meritocracy to Noblesse d’Etat

7. The Changing Structure of German Society and the Transformation of German Bourgeois Culture

8. Middle-class Formation and the Cultural Construction of Gender in Urban India

10. Changing Political Orientations of the Middle Classes in India

is India representative at the Konrad Adenauer Foundation, New Delhi.