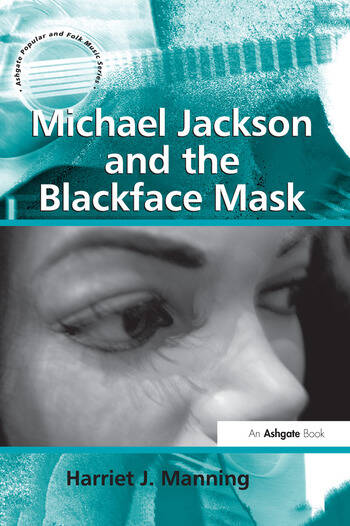 Michael Jackson and the Blackface Mask

Blackface minstrelsy, the nineteenth-century performance practice in which ideas and images of blackness were constructed and theatricalized by and for whites, continues to permeate contemporary popular music and its audience. Harriet J. Manning argues that this legacy is nowhere more evident than with Michael Jackson in whom minstrelsy’s gestures and tropes are embedded. During the nineteenth century, blackface minstrelsy held together a multitude of meanings and when black entertainers took to the stage this complexity was compounded: minstrelsy became an arena in which black stereotypes were at once enforced and critiqued. This body of contradiction behind the blackface mask provides an effective approach to try and understand Jackson, a cultural figure about whom more questions than answers have been generated. Symbolized by his own whiteface mask, Jackson was at once ’raced’ and raceless and this ambiguity allowed him to serve a whole host of others’ needs - a function of the mask that has run long and deep through its tortuous history. Indeed, Manning argues that minstrelsy’s assumptions and uses have been fundamental to the troubles and controversies with which Jackson was beset.

Contents: Introduction; Conflict and contradiction: 19th-century blackface minstrelsy; ’Black or white’: from Jim Crow to Michael Jackson; The continuum of blackface minstrelsy; Ghosts: racial fantasy and the lost Black self; Turnaround: love and theft; Just using it: Eminem, the mask and a fight for authenticity; The burden of ambiguity; This is it; Bibliography; Index.

Harriet J. Manning studied Music as an undergraduate at Newcastle University, UK. She went on to complete a Master of Arts in Popular Music in 2004, with distinction. In 2010 under Professors Richard Middleton and David Clarke of Newcastle University, Harriet was awarded Doctor of Philosophy for her work on blackface minstrelsy and its legacy.

A Yankee Book Peddler UK Core Title for 2013 A Baker & Taylor Academic Essentials Title in Area/Ethnic Studies: Multicultural Studies ’Even if you have read a significant volume of works about Michael Jackson, you probably owe it to yourself to explore the fresh�, compelling and interesting concepts that are skilfully presented in Michael Jackson and the Blackface Mask. A scholarly work to be sure. Kudos to Harriet Manning!’ Karen Moriarty, author of Defending a King: His Life & Legacy ’One cannot underestimate the import of Manning's scholarship in reinforcing Michael Jackson as a subject worthy of serious academic study and cultural discourse ... Michael Jackson and the Blackface Mask is not inaccessible to the casual reader. It will, no doubt, ï¬�nd a special place on the bookshelves of various and sundry readers worldwide who experience a deep respect for Jackson and his art ... After this book, readers will not likely see this artist in quite the same way again, but through layers of enhanced perception.’ Constance Pierce, Artist and Professor of Art (retired), Bonaventure University, New York, USA. ’This is a truly fascinating and engaging book, one that opened my eyes to a new way of seeing Michael Jackson. I highly recommend it.’ Willa Stillwater, author of M Poetica: Michael Jackson's Art of Connection and Defiance 'Manning shows how minstrelsy resonates in a number of Jackson's performances and does so aesthetically and ideologically ... she salutes Jackson's achievements, musical legacy and tragically conflicted personality. The valediction is all the more authentic thanks to her lightly coded confession of the emotional cost involved in writing in depth about so extraordinarily compelling an artist.' International Journal of Jungian Studies, John Izod, University of Stirling.

Michael Jackson and the Blackface Mask