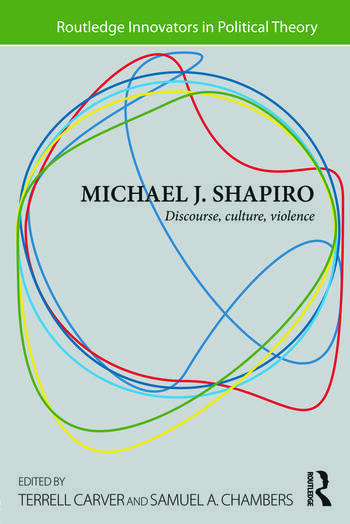 Michael J. Shapiro’s writings have been innovatory with respect to the phenomena he has taken to be political, and the concomitant array of methods that he has brilliantly mastered. This book draws from his vast output of articles, chapters and books to provide a thematic yet integrated account of his boundary-crossing innovations in political theory and masterly contributions to our understanding of methods in the social sciences. The editors have focused on work in three key areas:

Shapiro was one of the first theorists to demonstrate convincingly, and in a manner that has had a long-standing impact on the field, that language is not epiphenomenal to politics. Indeed, he shows that language is constitutive of politics. From his frequently-cited article on metaphor from the early 1980s to recent work on discourse and globalization, Shapiro has shown that politics happens not only with and through the use of language, but within discourse as a material practice.

Gabriel Almond and Sidney Verba’s (1963) famous work on ‘The Civic Culture’ established a long-held but ultimately counterproductive relationship between culture and politics, one in which culture is an independent variable that has effects on politics. Samuel Huntington’s (1998) (in)famous polemic, ‘The Clash of Civilizations’, only pushes this relationship to its breaking point. Shapiro’s rich and numerous writings on culture provide a powerful and important antidote to this approach, as Shapiro consistently shows (across wide-ranging contexts) that politics is in culture and culture is in politics, and no politically salient approach to culture can afford to turn either term into a causal variable.

Terrell Carver is Professor of Political Theory at the University of Bristol, UK. He has published extensively on theoretical and substantive issues relevant to Marx, Engels and Marxism, and to sex, gender and sexuality.

Samuel A. Chambers is Associate Professor at The Johns Hopkins University, Baltimore, MD, USA. He writes broadly on contemporary thought, including work on language and media, popular culture and the politics of gender and sexuality.

Michael J. Shapiro is a Professor of Political Science at the University of Hawaii. Among his publications are Methods and Nations: Cultural Governance and the Indigenous Subject (2004), Deforming American Political Though: Ethnicity, Facticity, and Genre (2006) and Cinematic Geopolitics (2009).