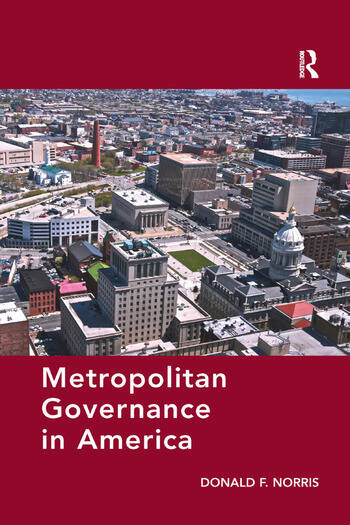 Donald F. Norris is Professor and Director of the School of Public Policy at the University of Maryland, Baltimore County, USA.

"At long last, here is a comprehensive but dispassionate account of the long history of metropolitan reform in America and an interesting verdict about where it has taken us. Don Norris's narrative is engaging and the theme is original: intergovernmental cooperation is common, but metropolitan governance does not exist in America, and the efforts to achieve it are, in his words, are fool's errand." -- Dennis Judd, University of Illinois at Chicago, USA

"In a sweeping survey of theories, practices, and evidence, Norris provides a sobering evaluation of the prospects for local governmental cooperation in U.S. metropolitan regions. Clearly written, this valuable study highlights the obstacles to local governmental collaboration now and in the past. He shows why politics so often undermines local government efforts to work together to address important regional challenges." -- Paul Kantor, Fordham University, USA