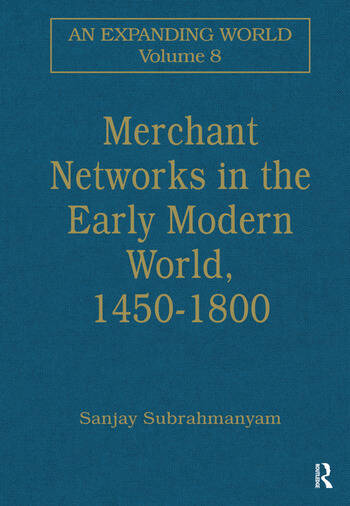 Merchant organisation was a global phenomenon in the early modern era, and in the growing contacts between peoples and cultures, merchants may be seen as privileged intermediaries. This collection is unique in essaying a truly global coverage of mercantile activities, from the Wangara of the Central Sudan, Mississippi and Huron Indians, to the role of the Jews, the Muslim merchants of Anatolia, to the social structure of the mercantile classes in early modern England. The histories of merchant communities are not their histories alone, but also the histories of assumptions concerning their contexts. From the comparative perspective adopted here, it emerges that in markets where Western European merchants vied for place with competitors from the Near East, South Asia or East Asia, they were very often unsuccessful.

Contents: Introduction; Italian merchant organization and business relationships in early Tudor London, M. E. Bratchel; The role of the Wangara in the economic transformation of the central Sudan in the 15th and 16th centuries, Paul E. Lovejoy; Merchants without empire: the Hokkien sojourning communities, Wang Gungwu; Iranians abroad: intra-Asian elite migration and early modern state formation, Sanjay Subrahmanyam; A death in Venice (1575): Anatolian Muslim merchants trading in the Serenissima, Cemal Kafadar; The ledger of the merchant Hovhannes Joughayetsi, Levon Khatchikian; The Chulia Muslim merchants in southeast Asia, 1650-1800, Sinnappah Arasaratnam; Consuls and nations in the Levant from 1570 to 1650, Niels Steensgaard; The commerce of the Dubrovnik Republic, 1500-1700, F. W. Carter; The role of the Jews in commerce in early modern Poland-Lithuania, Gershom David Hundert; The social basis of English commercial expansion, 1550-1650, Robert Brenner; The French presence in Huronia: the structure of Franco-Huron relations in the first half of the 17th century, Bruce G. Trigger; Bahian merchants and planters in the 17th and early 18th centuries, Rae Flory and David Grant Smith; American Indians on the cotton frontier: changing economic relations with citizens and slaves in the Mississippi territory, Daniel H. Usner Jr.; Index.