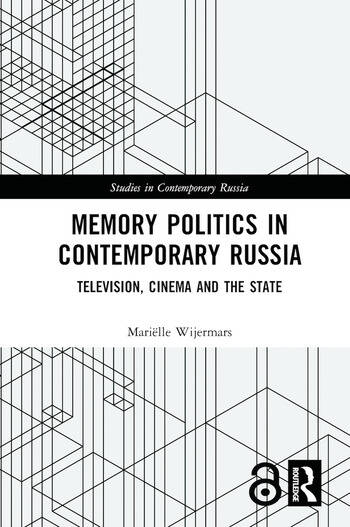 Memory Politics in Contemporary Russia: Television, Cinema and the State

This book examines the societal dynamics of memory politics in Russia. Since Vladimir Putin became president, the Russian central government has increasingly actively employed cultural memory to claim political legitimacy and discredit all forms of political opposition. The rhetorical use of the past has become a defining characteristic of Russian politics, creating a historical foundation for the regime’s emphasis on a strong state and centralised leadership.

Exploring memory politics, this book analyses a wide range of actors, from the central government and the Russian Orthodox Church, to filmmaker and cultural heavyweight Nikita Mikhalkov and radical thinkers such as Aleksandr Dugin. In addition, in view of the steady decline in media freedom since 2000, it critically examines the role of cinema and television in shaping and spreading these narratives. Thus, this book aims to gain a better understanding of the various means through which the Russian government practices its memory politics (e.g., the role of state media) and, on the other hand, to sufficiently value the existence of alternative and critical voices and criticism that existing studies tend to overlook.

Contributing to current debates in the field of memory studies and of current affairs in Russia and Eastern Europe, this book will be of interest to scholars working in the fields of Russian Studies, Cultural Memory Studies, Nationalism and National Identity, Political Communication, Film, Television and Media Studies.

Chapter 2 - Memory Politics and the Remediation of Cultural Memory

Chapter 5 - The Time of Troubles

Chapter 6 - Ivan the Terrible and the Oprichnina

Chapter 7 - The Trial of Time

Mariëlle Wijermars is a postdoctoral researcher at the Aleksanteri Institute, University of Helsinki.

Memory Politics in Contemporary Russia: Television, Cinema and the State