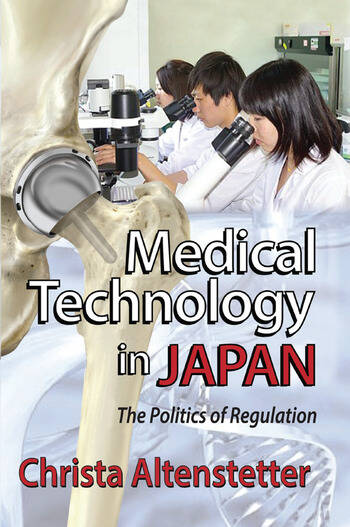 Medical Technology in Japan: The Politics of Regulation

Japan is suffering from a "device gap." Compared to its American and European counterparts, Japan lags in adopting innovative medical devices and making new treatments and procedures available to its patients. Many blame its government and bureaucracy for Japan's delayed access to modern medicine and new medical devices.

Christa Altenstetter examines the contextual social, historical, and political conditions of Japan's medical field to make sense of the state of the country's medical profession and its regulatory framework. She explores the development of regulatory frameworks and considers possibilities for eventual reform and modernization. More specifically, Altenstetter looks into how physicians and device companies connect to the government and bureaucracy, the relationships connecting Japanese patients to their medical system and governmental bureaucracy, and how the relationships between policymakers and the medical profession are changing.

The issues addressed here are becoming increasingly relevant as numerous countries in Asia, Latin America, and Central and Eastern Europe are only now beginning to regulate medical technology, following the lead of the US and the European Union. Those interested in global medicine and Asian studies will find this book both informative and compelling.

Medical Technology in Japan: The Politics of Regulation