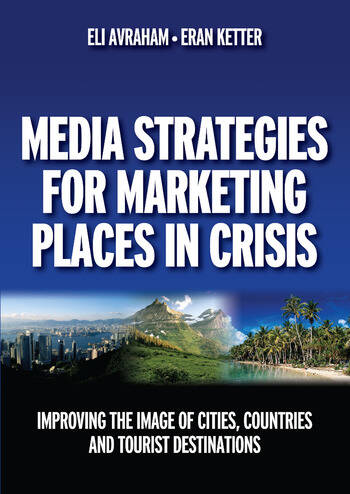 Growing competition between countries and cities over attracting infrastructure, investment, tourists, capital and national and international status mean that today, a negative image is more harmful than ever. Whatever the cause of the negative image, places perceived as dangerous, frightening, or boring are at a distinct disadvantage. Many decision makers and marketers stand by helplessly, frustrated by their knowledge that in most cases, their city's negative image is not based on well-grounded facts. Given that stereotypes are not easily changed or dismissed, the challenge facing these decision makers is great. Analyses of many case studies show interesting examples of places that tried to change a negative image into a positive one, in order to bringing back tourists, investors and residents. Although a great deal of knowledge about crisis communications has accumulated in recent years, very little has been written about strategies to improve places' negative images. The aim of "Media Strategies for Marketing Places in Crisis" is to discuss the various dimensions of an image crisis and different strategies to overcome it, both in practice and theory. "Media Strategies for Marketing Places in Crisis" is based on the careful analysis of dozens of case studies, advertisements, public relations campaigns, press releases, academic articles, news articles, and the websites of cities, countries and tourist destinations.

Part One:
1. Summary of existing knowledge in place image, the techniques and strategies used for place promotion, and the field of image crisis.

2. Introduction to place marketing and offers definitions, ways to measure the effects of public relations and advertising campaign, and reasons why places try to change their images.

This part of the book is based on the strategic approach to public relations, stating that a change of image is ongoing, holistic, interactive and wide scaled, requiring much more than a quick change of logo or slogan.

7. Presentation of 20 strategies used by cities, countries, tourist destination all over the world in order to improve their negative image

Conclusion:
13. Introduction of a wide scale model, illustrating the proper choice of a strategy in altering an unflattering public image.

The model was developed in order to give quick and user-friendly answers to local decision makers faced with dilemmas concerning issues such as image crisis, changing a place's image and media relations. For example, the concluding model answers questions such as whether one should use different media strategies during different phases of the crisis, when is one strategy better than anther, the limitations of media usage, the relations between a change in reality and changes in image, how place stereotypes can be changed, how the social and political environment affects the choice of strategies, how damage to an image can be downsized, and many more.