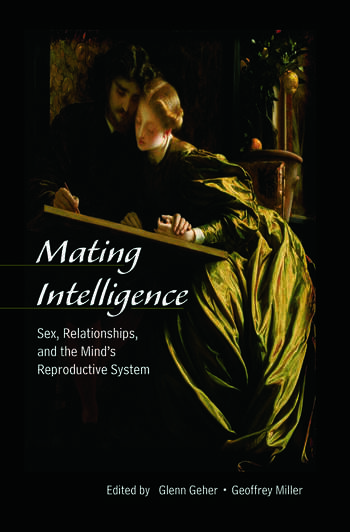 Human intelligence is sexually attractive, and strongly predicts the success of sexual relationships, but the behavioral sciences have usually ignored the interface between intelligence and mating. This is the first serious scholarly effort to explore that interface, by examining both universal and individual differences in human mating intelligence. Contributors include some of the most prominent evolutionary psychologists and promising new researchers in human intelligence, social psychology, intimate relationships, and sexuality.

“…A wonderful collection of chapters on … the new construct of mating intelligence… [it] heralds a more comprehensive understanding of the psychology of human mating…readers will enjoy the many mating insights offered by this volume.”
—David M. Buss, Ph.D.
University of Texas at Austin, From the Foreword

“…A significant contribution to the field, combining in one source, material on an interesting and important topic.”
—Dennis Krebs, Ph.D.
Simon Fraser University

“...A ‘must have’ for scholars who do research on human mating …a unique volume of cutting edge thinking on the psychology of mating.”
—Timothy Ketelaar Ph.D.
New Mexico State University

"Like many central areas of human behavior that have been neglected by mainstream psychology, the thoughts and emotions behind mating have recently been illuminated by evolutionary analyses. This exciting collection marks the debut of a new and important field of research, which should fascinate psychologists and nonpsychologists alike."
—Steven Pinker
Johnstone Professor of Psychology, Harvard University