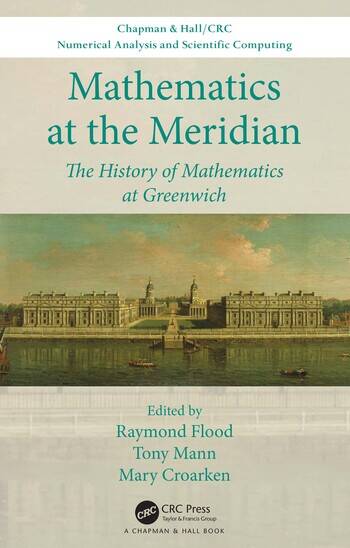 Greenwich has been a centre for scientific computing since the foundation of the Royal Observatory in 1675. Early Astronomers Royal gathered astronomical data with the purpose of enabling navigators to compute their longitude at sea.  Nevil Maskelyne in the 18th century   organised the work of computing tables for the Nautical Almanac, anticipating later methods used in safety-critical computing systems. The 19th century saw influential critiques of Charles Babbage’s mechanical calculating engines, and in the 20th century Leslie Comrie and others pioneered the automation of computation.  The arrival of the Royal Naval College in 1873 and the University of Greenwich in 1999 has brought more mathematicians and different kinds of mathematics to Greenwich.  In the 21st century computational mathematics has found many new applications. This book presents an account of the mathematicians who worked at Greenwich and their achievements.

Chapter 1: The King’s Observatory at Greenwich and the first Astronomers Royal: Flamsteed to Bliss
Allan Chapman

Chapter 2: Greenwich, Nevil Maskelyne and the solution to the Longitude Problem
Mary Croarken

Chapter 8: A Professor at Greenwich: William Burnside and his contributions to mathematics
Peter M. Neumann

Chapter 11: The University of Greenwich at the Old Royal Naval College
Noel-Ann Bradshaw and Tony Mann

Raymond Flood has spent most of his academic life promoting mathematics and computing to adult audiences, mainly through his position as University Lecturer at Oxford University, in the Continuing Education Department and at Kellogg College. In parallel he has worked extensively on the history of mathematics, producing many books and other educational material.

He is Emeritus Fellow of Kellogg College, Oxford, having been Vice-President of the College and President of the British Society for the History of Mathematics before retiring in 2010. He was Gresham College Professor of Geometry from 2012 to 2016. He is a graduate of Queen’s University, Belfast; Linacre College, Oxford; and University College, Dublin where he obtained his PhD.

As a former undergraduate at Pembroke College Cambridge, with which Burnside was closely connected, Tony is pleased to have edited, with Peter M. Neumann and Julia Tompson, The Collected Papers of William Burnside (Oxford University Press, 2004).

Mary Croarken started her academic career at the University of Warwick with a degree in Computer Science and then a PhD in History of Computing. Mary has subsequently held a series of academic fellowships including the Sackler Fellowship at the Centre for Maritime Research at the National Maritime Museum (NMM) 2000 – 2002. While at NMM, she helped to organise a joint NMM and British Society for the History of Mathematics conference called Greenwich: Some Mathematical Connections which provided the inspiration for this book. Mary continues her academic interests in human computers but now works full time supporting health research in the NHS.

"Some time ago, I attended an interesting short conference on Greenwich: some Mathematical Connections. I am delighted that this has inspired the present volume, Mathematics at the Meridian: The History of Mathematics at Greenwich, that features many of the same eminent contributors.

Greenwich has a unique status in Britain, rightly recognised as a World Heritage Site: a centre for shipping and navigation, astronomy and education, and an architectural treasure. This book comprehensively explores the important role of mathematics in its long history. From John Flamsteed, the first Astronomer Royal at the ‘King’s Observatory’ who compiled reliable astronomical tables, to his successors, Nevil Maskelyne and George Biddell Airy, there was strong emphasis on accurate computation alongside precise observations. In more recent times, L.J. Comrie oversaw the mechanical production of mathematical tables.

In its twelve chapters, this book gives a comprehensive, scholarly and readable overview of Greenwich and its mathematical, astronomical and computational achievements. As a bonus, it is attractively illustrated with numerous portraits and other images."

From the building of the Royal Observatory in the 1670s, to the 21st century mathematics department at the University, Mathematics at the Meridian: The History of Mathematics at Greenwich shows that Greenwich has a long, varied and important mathematical history. It is a history which, amongst other things, encompasses the longitude problem, calculating machines and mathematical instruments, and major figures including John Flamsteed, George Biddell Airy, Thomas Archer Hirst and William Burnside.

Raymond Flood, Tony Mann and Mary Coarken have brought together a group of authors who are both experts in their fields and excellent communicators to produce a wonderful edited volume. Mathematics at the Meridian is a treasure trove for anyone interested in mathematics, astronomy and their history. 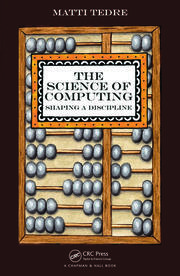 The Science of Computing: Shaping a Discipline 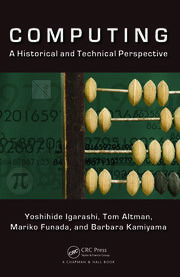 Computing: A Historical and Technical Perspective