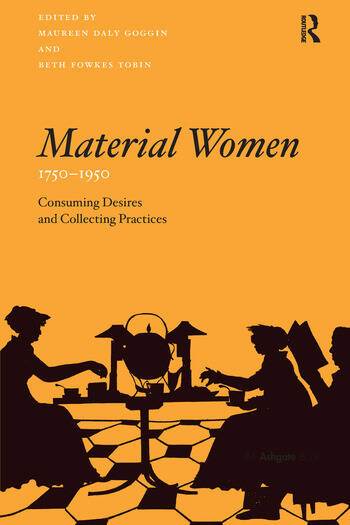 With the volume's global perspective and comparative framework, this collection contributes to the ongoing scholarly examination of consumption by taking the topic of women, material culture, and consumption into new arenas. The essays explore the connections between consumption and subjectivity; they build upon and complicate the idea that consumption, as a form of meaning making, is key to the construction of gendered, classed, and national identities. Providing a cross-cultural perspective on consumption, the essays are historically specific case studies. While some essays examine women's consumption in a range of Anglophone and Francophone locations, primarily in Britain, France, Australia, Canada, and the US, other essays on Chinese, Senegalese, Indian, and Mexican women's consumption, particularly as it relates to fashion and design, provide a comparative framework that will recalibrate ongoing discussions about consumption and domesticity, dress and identity, and desire and subjectivity. In addition to its focus on gender and consumption, this volume addresses gender and collecting, exploring the tensions between accumulation and systematic collecting. Also examined is the way in which the display of collected objects”in Impressionists' paintings, in mass-produced illustrations, in the glass cases of museums and department stores”participates in the construction of particular identities as well as serving as a kind of value-producing material practice.

Maureen Daly Goggin is Associate Chair in the Department of English at Arizona State University, USA.

Beth Fowkes Tobin is Professor of English and Women's Studies at the University of Georgia, USA.