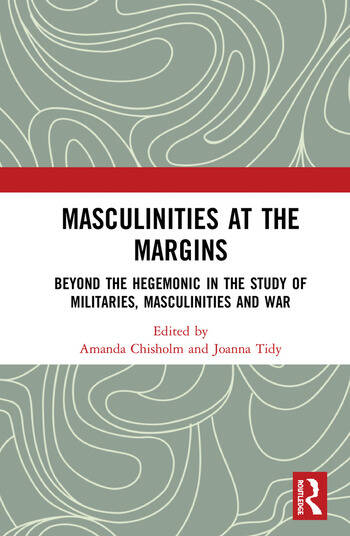 Across a rich terrain of empirical and theoretical trajectories, the concept of military masculinity (now understood in its plural as military masculinities) has been a significant conceptual tool in both feminist international relations (IR) and in critical men and masculinities studies scholarship. The concept has helped us to unpack the relationships between gender, war, and militarism, including how military standards function in the production of wider normative, hegemonic manliness. As such, military masculinities has been a rewarding tool for many scholars who take a critical approach to the study of war and the military.

This edited volume advances an emerging curiosity within accounts of military masculinities. This curiosity concerns the silences within, and disruptions to, our well-established and perhaps-too-comfortable understandings of, and empirical focal points for, military masculinities, gender, and war. The contributors to this volume trouble the ease with which we might be tempted to synonymize militaries, war, and a neat, ‘hegemonic’ masculinity. Taking the disruptions, the asides, and the silences seriously challenges the common wisdoms of military masculinities, gender, and war in productive and necessary ways. Doing so necessitates a reorientation of where, to whom, and for what we look to understand the operation of gendered military power.

The chapters were originally published in a special issue of Critical Military Studies.

1. Beyond the hegemonic in the study of militaries, masculinities, and war

3. Clients, contractors, and the everyday masculinities in global private security

5. Unmaking militarized masculinity: veterans and the project of military-to-civilian transition

7. What’s the problem with the concept of military masculinities?

Amanda Chisholm is Senior Lecturer in Security Studies at Kings College London, London, UK and a feminist scholar who contributes to the growing field of critical gender studies on private military and security companies (PMSCs). Her research is rooted at the crossroads of feminist global political economy (GPE) and feminist critical security studies, and she is currently the Primary Investigator on an Economic and Social Council Research grant, 'From Military to Market'. Amanda's research appears in Security Dialogue, Globalizations, Critical Military Studies, International Political Sociology and International Journal of Feminist Politics.

is Lecturer in Politics in the Department of Politics at the University of Sheffield, UK. Across her work she has been concerned with the gendered politics of knowledge underpinning the possibility, conduct, and contestation of war. Her latest work has been published in journals including International Political Sociology, Review of International Studies, Critical Military Studies, and the International Feminist Journal of Politics. She is currently researching and writing a book on gender and war beyond combat. https://www.sheffield.ac.uk/politics/people/academic/joanna-tidy/profile.