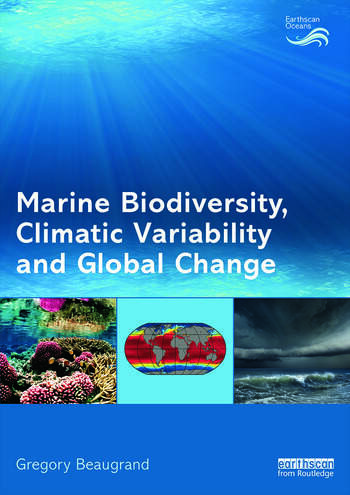 Biodiversity loss in terrestrial environments associated with human activities has been appreciated as a major issue for some years now. What is less well documented is the effect of such activities, including climate change, on marine biodiversity. This pioneering book is the first to address this important but neglected topic, which is likely to be the key challenge for marine scientists in the near future.

Using a multidisciplinary and a holistic approach, the book reveals how climatic variability controls biodiversity at time scales ranging from synoptic meteorological events to millions of years and at spatial scales ranging from local sites to the whole ocean. It shows how global change, including anthropogenic climate change, ocean acidification and more direct human influences such as exploitation, pollution and eutrophication may alter biodiversity, ecosystem functioning and regulating and provisioning services. The author proposes a theory termed the 'macroecological theory on the arrangement of life', which explains how biodiversity is organized and how it responds to climatic variability and anthropogenic climate change.

The book concludes with recommendations for further research and theoretical development to identify oceanic areas in need of observation and gaps in current scientific knowledge. Many references and comparisons with the terrestrial realm are included in all chapters to better understand the universality of the relationships between biodiversity, climate and the environment. The book will serve as a textbook for all students and researchers of marine science and environmental change, but will also be accessible to the more general reader.

Grégory Beaugrand is a research scientist at the National Centre for Scientific Research (CNRS), currently based at the Laboratory of Oceanography and Geosciences in Wimereux, France. He is a research associate at the Sir Alister Hardy Foundation for Ocean Science (Plymouth, UK) and a former member of the French National Committee for Scientific Research (Earth System Science).