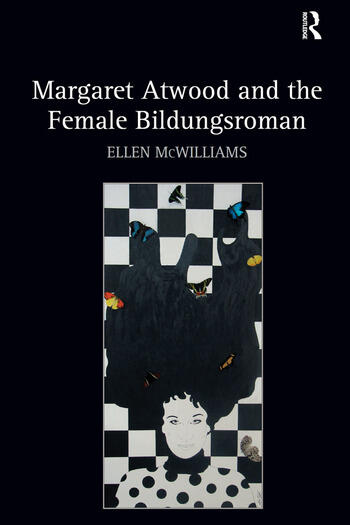 Margaret Atwood and the Female Bildungsroman

Examining Margaret Atwood's work in the context of the complex history of the Bildungsroman, Ellen McWilliams explores how the genre has been appropriated by women writers in the second half of the twentieth century. She demonstrates that Atwood's early work - her own 'coming of age' fiction, including unpublished works as well as The Edible Woman, Surfacing, and Lady Oracle - both engages with and works against the paradigms of identity which are traditionally associated with the genre. Making extensive use of unpublished manuscripts in the Atwood Collection at the University of Toronto, McWilliams uncovers influences that shaped Atwood's fashioning of identity in her early novels, paying particular attention to Atwood's preoccupation with survival as a key symbol of Canadian literature, culture, and identity. She also considers the genre's afterlife on display in Cat's Eye, The Robber Bride, Alias Grace, The Blind Assassin, and Moral Disorder, in which the formulations of selfhood and identity in Atwood's early fiction are revisited and developed. Atwood emerges as a writer who self-consciously invokes and then undercuts the traditions of the Bildungsroman, a turn that may be read as a means of at once interrogating and perpetuating the form. McWilliams's book furthers our understanding of subjectivity in Atwood's fiction and contributes to ongoing conversations about the role gender and cultural contexts play in reframing generic boundaries.

Contents: Part 1 Margaret Atwood and the Canadian Female Bildungsroman: The coming of age of the female Bildungsroman; Progress, identity and the Canadian imaginative landscape: cultural and critical contexts. Part 2 A Canadian Literary Apprenticeship: Atwood's Early Fiction: The Canadian bildungsroman: the 'birth of a nation' in The Nature Hut and Surfacing; Digesting the female bildungsroman: consuming fictions in The Edible Woman and Lady Oracle. Part 3 Towards Maturity: Atwood's Later Novels: Canadian afterlives: the power and pleasure of storytelling in The Robber Bride and Alias Grace; Keeping secrets, telling lies: fictions of the artist and author in Cat's Eye and The Blind Assassin; Full circle: the chaos of living in Moral Disorder; Postscript; New departures: the life and times of the contemporary Canadian female bildungsroman; Conclusions; Works cited; Index.

Ellen McWilliams is a Senior Lecturer in English Literature in the School of English and Creative Studies at Bath Spa University, UK

Prize: Winner of the Margaret Atwood Society Best Book Prize 2009 'This is an excellent study that will be important for students of Atwood, Canadian literature and the Bildungsroman. I especially like the discussions of the interconnections between works, and the helpful use of Atwood's unpublished manuscripts and letters to shed light on her novels.' Professor Karen Stein, University of Rhode Island, USA, and author of Margaret Atwood Revisited and Reading, Learning, Teaching Toni Morrison 'McWilliams skilfully uses texts of Atwood’s speeches and letters, as well as unpublished material from the collection at the University of Toronto. These secondary sources provide invaluable support for many of McWilliams’s arguments. ... I found this study to be both well crafted and thorough. In a veritable sea of scholarship on Atwood, McWilliams’s study is original in its approach and thought-provoking in its application.' Journal of American Studies ’...a valuable contribution to the field of Atwood studies, providing a distinctive and thoughtful perspective on the writer’s work.’ Review of English Studies ’One of the strengths of McWilliams's study is the range of sources she incorporates. McWilliams draws extensively on the material in the Margaret Atwood Collection at the University of Toronto. She uses Atwood's critical works, and unpublished material, such as manuscripts of her novels and letters to editors and other writers, to extend her understanding of Atwood's fiction. ... Although the range of texts she discusses is impressive, Atwood's novels are, understandably, prioritised over her short fiction and poetry. Ultimately, however, the study is interesting and engaging, neatly combining detailed analysis of Atwood's fiction with a broader understanding of the development of the Bildungsroman and the impact of Atwood's interventions in the genre on other Canadian women writers.’ Annotated Bibliography of English Studies ’This book approac

Margaret Atwood and the Female Bildungsroman