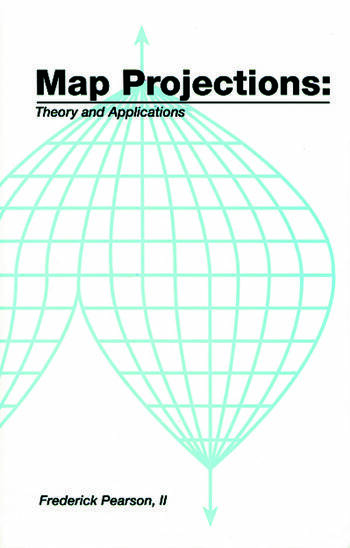 About the Author: Frederick Pearson has extensive experience in teaching map projection at the Air Force Cartography School and Virginia Polytechnic Institute. He developed star charts, satellite trajectory programs, and a celestial navigation device for the Aeronautical Chart and Information Center. He is an expert in orbital analysis of satellites, and control and guidance systems. At McDonnell-Douglas, he worked on the guidance system for the space shuttle.

This text develops the plotting equations for the major map projections. The emphasis is on obtaining usable algorithms for computed aided plotting and CRT display. The problem of map projection is stated, and the basic terminology is introduced. The required fundamental mathematics is reviewed, and transformation theory is developed. Theories from differential geometry are particularized for the transformation from a sphere or spheroid as the model of the earth onto a selected plotting surface. The most current parameters to describe the figure of the earth are given. Formulas are included to calculate meridian length, parallel length, geodetic and geocentric latitude, azimuth, and distances on the sphere or spheroid. Equal area, conformal, and conventional projection transformations are derived. All result in direct transformation from geographic to cartesian coordinates. For selected projections, inverse transformations from cartesian to geographic coordinates are given. Since the avoidance of distortion is important, the theory of distortion is explored. Formulas are developed to give a quantitative estimate of linear, area, and angular distortions. Extended examples are given for several mapping problems of interest. Computer applications, and efficient algorithms are presented. This book is an appropriate text for a course in the mathematical aspects of mapping and cartography. Map projections are of interest to workers in many fields. Some of these are mathematicians, engineers, surveyors, geodicests, geographers, astronomers, and military intelligence analysts and strategists. 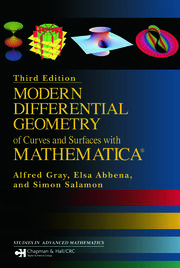 Modern Differential Geometry of Curves and Surfaces with Mathematica 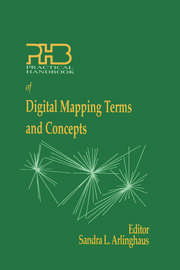