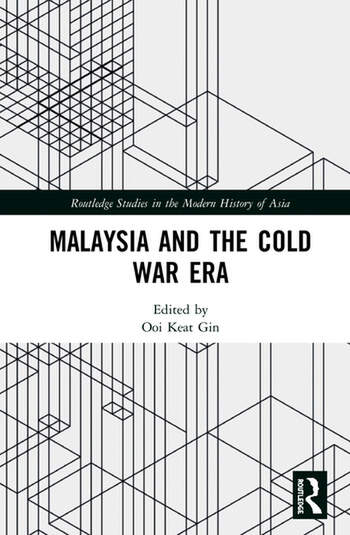 Malaysia and the Cold War Era

From the end of the Second World War in 1945 to the collapse of the Soviet Union in 1991, there was a great deal of turmoil, tension, and violence in what became Malaysia as a result of the 1963 Federation, upheavals included the Malayan Emergency of 1948-60, the independence of Malaya in 1957, Konfrontasi with Indonesia of 1963-66, the Philippines claim to Sabah, the Sarawak Communist Insurgency (1962-90) and the Second Malayan Emergency of 1968-89. This book breaks new ground in arguing for a longer trajectory of the Cold War tracing this phenomenon back to 1920s colonial Malaya and Sarawak. Many new research findings showing how Malaysia coped with and overcame the many trials, challenges, and difficulties are presented hence further enriching the historiography.

I ‘Big’ Picture and ‘Small’ Picture: An Introductory Essay

II Between Left and Right: Chinese Politics in Malaya/Malaysia,

IV Anti-Japanese Movement to Haadyai Peace Accord: The Mobilization

of Malayan Women in the Malayan Communist Party (MCP)

VI Malaysia, the Cold War, and Beyond

VII Philippines Claim over Sabah from the Cold War Perspective

VIII The Regression of Malaysian Socioeconomic Policy: Rise of State

IX Malaysia and the Cold War: The Longue Durée Approach

1.1 Constitutional Proposals for Malaya, 1947: A Comparison

Ooi Keat Gin was Professor of History, and Coordinator of the Asia Pacific Research Unit (APRU), School of Humanities, Universiti Sains Malaysia. Since October 2019, he is an independent researcher based in George Town, Penang, Malaysia?.

Malaysia and the Cold War Era