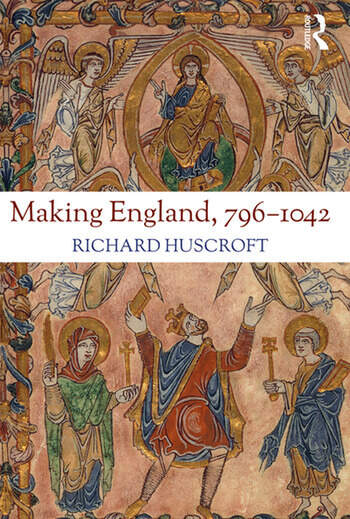 Making England, 796–1042 explores the creation and establishment of the kingdom of England and the significant changes that led to it becoming one of the most successful and sophisticated political structures in the western world by the middle of the eleventh century.

At the end of the eighth century when King Offa of Mercia died, England was a long way from being a single kingdom ruled by a single king. This book examines how and why the kingdom of England formed in the way it did and charts the growth of royal power over the following two and a half centuries. Key political and military events are introduced alongside developments within government, the law, the church and wider social and economic changes to provide a detailed picture of England throughout this period. This is also set against a wider European context to demonstrate the influence of external forces on England’s development.

With a focus on England’s rulers and elites, Making England, 796–1042 uncovers the type of kingdom England was and analyses its strengths and weaknesses as well as the emerging concept of a specifically English nation. Arranged both chronologically and thematically, and containing a selection of maps and genealogies, it is the ideal introducion to this subject for students of medieval history and of medieval England in particular.

A Note on Money

Introduction. England and the English in 796

The Requirements of Kingship

Ruling at a Distance

The Reign of Alfred the Great

The Kingdom of the Anglo-Saxons

Alfred the Great and the Law

The Limits of the Law

The Structure of the English Church

English Kings and the Pre-Viking Church

The English Church and the Vikings

Alfred the Great and the Church

Between a Viking Rock and a Royal Hard Place

The Bumpy Road to a Single English Kingdom

Royal Power in the North

Law Codes and their Concerns

The Longer Arm of the Law

Royal Government and the Church

A Kingdom Worth Fighting For

The Roots of the Common Law

All Churches Great and Small

The Church and Royal Power

Aethelred II and the Church

Cnut and the English Church

Out of the Frying Pan …

Richard Huscroft is Head of History at Westminster School, London, and is the author of several books on medieval history, including Ruling England, 1042-1217 (2016), and Tales from the Long Twelfth Century (2016).