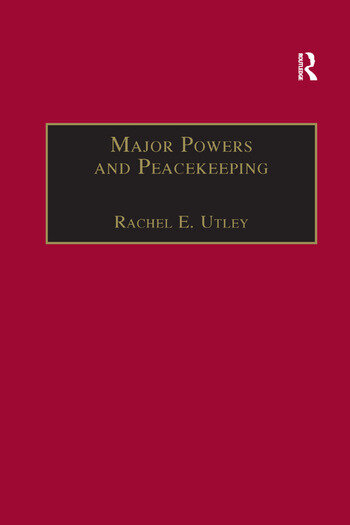 Major Powers and Peacekeeping: Perspectives, Priorities and the Challenges of Military Intervention

Rachel E. Utley is Lecturer in International History in the School of History, University of Leeds, UK.

Major Powers and Peacekeeping: Perspectives, Priorities and the Challenges of Military Intervention