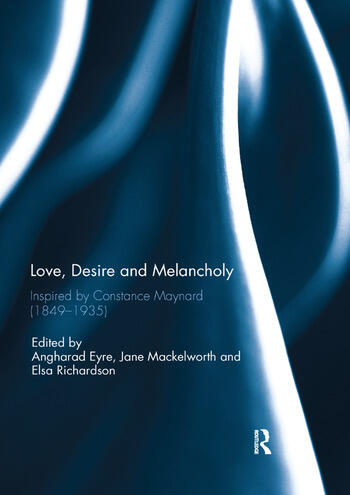 Originally inspired by the digitisation of the autobiographical writings of Constance Maynard, this volume considers women’s historical experience of sexuality through the frame of the history of emotions. Constance Maynard (1849-1935) rose to prominence as the first Mistress and Principal of Westfield College, holding that position from 1882 to 1913. However, her writings offer more than an insight into the movement for women’s higher education. As pioneering feminist scholars such as Martha Vicinus have discovered, Maynard’s life writings are a valuable source for scholars of gender and sexuality. Writing about her relationships with other women teachers and students, Maynard attempted to understand her emotions and desires within the frame of her evangelical religious culture.

The contributions to this volume draw out the significance of Maynard’s writings for the histories of gender, sexuality, religion, and the emotions. Interdisciplinary in nature, they use the approaches of literary studies, architecture studies, and life writing to understand Maynard and her historical significance. This book was originally published as a special issue of Women’s History Review.

3. Religion, Same-Sex Desire, and the Imagined Geographies of Empire: the case of Constance Maynard (1849–1935) Naomi Lloyd

5. An Exploration of Religion and Education in the Life of Constance Maynard, Mistress of Westfield College Lorraine Screene

6. ‘We Must Advance, We Must Expand’: architectural and social challenges to the domestic model at the College for Ladies at Westfield Lisa C. Robertson

Angharad Eyre gained her PhD in English at Queen Mary University, London, UK in 2014. Her thesis explored how the phenomenon of the woman missionary influenced nineteenth-century ideas of femininity, women’s writing and the early feminist movement.

is finishing her PhD in History at Queen Mary University, London, UK. Her topic is ‘Writing Sapphic Love and Desire in Britain, 1900-1950’. She is also a co-convenor for the IHR History of Sexuality Seminar Series.

is a Lecturer on the history of health and medicine at the University of Strathclyde, Glasgow, UK, and completed her PhD in 2014 at Queen Mary University, London, UK. Her first monograph, Extraordinary Powers of Perception, examines the place of supernatural and prophetic forms of visionary experience in the Victorian scientific and literary imagination.