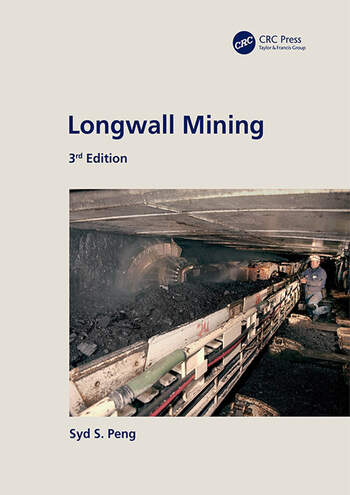 In the past 13 years since the publication of Longwall Mining, 2nd edition in 2006, although there have been no major changes in longwall mining technology and operations, many incremental developments in the whole system as well as various subsystems of the existing longwall mining operational technologies as detailed in the 2nd edition have been added to this edition.

Major developments are automation, and health and safety technology, as well as equipment reliability, thereby greatly increasing productivity and cutting cost. In particular, the longwall system can now run automatically cut by cut forever without operators' intervention provided that the geology allows it. Other health and safety features such as LASC, personal proximity detection, color lighting, automatic shield water sprays and remote shearer control are fully operational. There are more than 7000 sensors installed in current longwall mining systems. The big data obtained and fast communication technology have been fully utilized to improve and solve operational problems in real time. Those features are fully documented in the new edition. In pursuit of high productivity and cutting cost, life cycle management that increases equipment reliability has been implemented by OEM. Automation improvement such as tail-end automatic chain tensioner greatly extends AFC chain's service life. Other incremental improvements including dust and methane controls, entry development, panel design and face move are addressed. Additional operational issues such as extension of panel width and compatibility test are also discussed. Since the last plow longwall mine was closed in 2018, the chapter on plow longwalling has been dropped and in its place Automation of Longwall Components and System is added. Also, a new chapter Longwall Top Coal Caving Mining (LTCC) is added due to its successful application in Australia since 2005.

Longwall Mining, 3rd edition will be of interest to professionals and academics in the field of mining engineering specifically, serving both as a reference work and an (under)graduate textbook, but will also interest civil, geomechanical and geological engineers and rock mechanics professionals, as well as coal operators, mining consultants, researchers, equipment manufacturers, and government regulators.

Dr. Syd S. Peng is Charles E. Lawall Chair of Mining Engineering emeritus, Department of  Mining Engineering, West Virginia University, Morgantown, WV, U.S.A. Dr. Peng received his undergraduate diploma in mining engineering in Taiwan. He came to the U.S. in 1965 for advanced study and received his Ph.D. in mining engineering from Stanford University in 1970.
From 1970 to 1974, he worked for the U.S. Bureau of Mines, Twin Cities Research Center in charge of rock physics research. He joined West Virginia University in 1974. In 1978 he was appointed as chairman of the Mining Engineering Department, a position he held until September 2006. In 1985, he established the Longwall Mining and Ground Control Research Center and assumed its directorship. In 1998, he was appointed director of Coal and Energy Research Bureau. He has performed research and investigated problems in more than 300 coal and industrial mines in all coal producing states in the U.S. and 16 foreign countries.
He has authored and co-authored 4 textbooks and 353 journal and proceedings articles in the areas of longwall mining, ground control and respirable dust. He initiated the annual international conference on ground control in mining since 1981 and served as editor/senior editor of the Conference proceedings. It is now recognized all over the world as an annual forum for exchange of information on ground control. He is frequently invited to lecture or chair conference sessions in the U.S. and all major coal producing countries.
He is a member of the National Academy of Engineering and was the recipient of numerous awards, including Rock Mechanics Award 1987, SME; Education Excellent Award 1988, Pittsburgh Coal Mining Institute of America (PCMIA); The Institution Overseas Medal 1992, The Institution of Mining Engineers (IMM), United Kingdom, and the Howard N. Eavenson Award 1998, SME; The 20th Conference Statute, Int’l Conference on Ground Control in Mining (ICGCM), 2001; The Donald S. Kingery Award 2001, PCMIA; The Erskine Ramsey Medal, AIME, 2002; Medal for Excellence for 2004, the Institutes of Materials, Minerals and Mining, United Kingdom; The 2004, 2005 and 2006 R&D 100 Awards; The 2005 Old Timers Club Faculty Award; and the West Virginia Coal Hall of Fame, 2007. 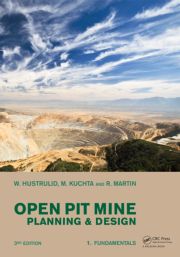 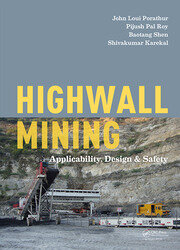 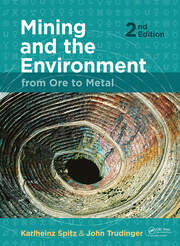 Mining and the Environment: From Ore to Metal