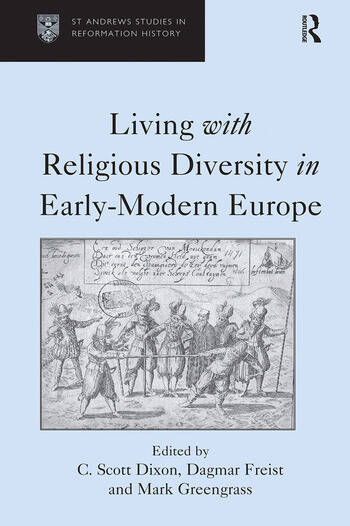 Current scholarship continues to emphasise both the importance and the sheer diversity of religious beliefs within early modern societies. Furthermore, it continues to show that, despite the wishes of secular and religious leaders, confessional uniformity was in many cases impossible to enforce. As the essays in this collection make clear, many people in Reformation Europe were forced to confront the reality of divided religious loyalties, and this raised issues such as the means of accommodating religious minorities who refused to conform and the methods of living in communion with those of different faiths. Drawing together a number of case studies from diverse parts of Europe, Living with Religious Diversity in Early Modern Europe explores the processes involved when groups of differing confessions had to live in close proximity - sometimes grudgingly, but often with a benign pragmatism that stood in opposition to the will of their rulers. By focussing on these themes, the volume bridges the gap between our understanding of the confessional developments as they were conceived as normative visions and religious culture at the level of implementation. The contributions thus measure the religious policies articulated by secular and ecclesiastical elites against the 'lived experience' of people going about their daily business. In doing this, the collection shows how people perceived and experienced the religious upheavals of the confessional age and how they were able to assimilate these changes within the framework of their lives.

’... [an] excellent volume...’ Catholic Historical Review 'The spirit of this excellent volume is well characterized in its Afterword: There was no high road to toleration, signposted from the Reformation, but only a set of muddy and winding streets, most of them not one-way�.' Archiv fÃ¼r Reformationsgeschichte 'This volume provides a compelling overview of early modern religious pluralism, reminding us that "coexistence was the rule, rather than the exception, in the Reformation and post-Reformation eras".' Seventeenth Century News 'Living with Religious Diversity in early-Modern Europe offers a salutary reminder that what early modern people professed was not necessarily that same thing as how they lived.' Sixteenth Century Journal