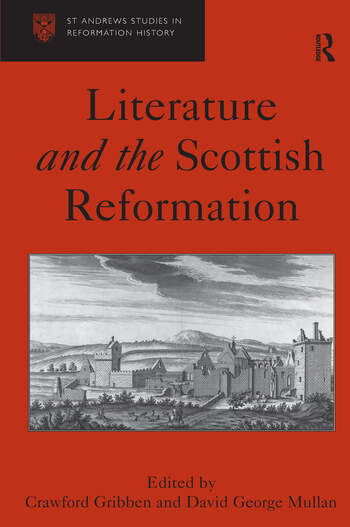 Literature and the Scottish Reformation

Throughout the twentieth century Scottish literary studies was dominated by a critical consensus that critiqued contemporary anti-Catholic by advancing a re-reading of the Reformation. This consensus understood that Scotland's rich medieval culture had been replaced with an anti-aesthetic tyranny of life and letters. As a result, Scottish literature has consistently been defined in opposition to the Calvinism to which it frequently returns. Yet, as the essays in this collection show, such a consensus appears increasingly untenable in light both of recent research and a more detailed survey of Scottish literature. This collection launches a full-scale reconsideration of the series of relationships between literature and reformation in early modern Scotland. Previous scholarship in this area has tended to dismiss the literary value of the writing of the period - largely as a reaction to its regular theological interests. Instead the essays in this volume reinforce recent work that challenges the received scholarly consensus by taking these interests seriously. This volume argues for the importance of this religiously orientated writing, through the adoption of a series of interdisciplinary approaches. Arranged chronologically, the collection concentrates on major authors and texts while engaging with a number of contemporary critical issues and so highlighting, for example, writing by women in the period. It addresses the concerns of historians and theologians who have routinely accepted the established reading of this period of literary history in Scotland and offers a radically new interpretation of the complex relationships between literature and religious reform in early modern Scotland.

’[The volume] goes some way towards putting a blinkered view of the period to condign rest, and for that reason alone deserves to be read.’ Times Literary Supplement ’Like the vibrant material it discusses, this volume sparkles and the pacy concision of each essay convincingly drives the argument for a positive re-evaluation of early modern Scottish literature.’ English Historical Review 'Individually, these essays are distinguished pieces of scholarship, and the collection as a whole makes its point effectively. Historians and literary scholars need to gel together in this sort of way in order to produce a rounded picture of that complex phenomenon which is called the Scottish reformation.' Archiv fÃ¼r Reformationsgeschichte 'In this volume literary scholars and historians offer a timely reassessment of the period. ... This volume deserves a place on the shelf...' Sixteenth Century Journal '... its main strength is that it recognizes limited unifying features in the literature of the Scottish Reformation (the centrality of the Bible to almost all religious writing and the linkages between Anglicization and Protestantism, for example), while highlighting, and celebrating, the confessional, linguistic, and ideological ambiguities lurking within these texts.' Journal of British Studies 'With such a diverse range of disciplines on offer, each related to the religious literature of the Scottish Reformation, Early Modern scholars from many different disciplines will find something of interest in this work. On the whole these varying approaches to the material are brought together in a well thought out manner, and as a result this book works very well as a single entity, and should appeal to theologians, historians, and linguists alike.' Reformation and Renaissance Review

Literature and the Scottish Reformation