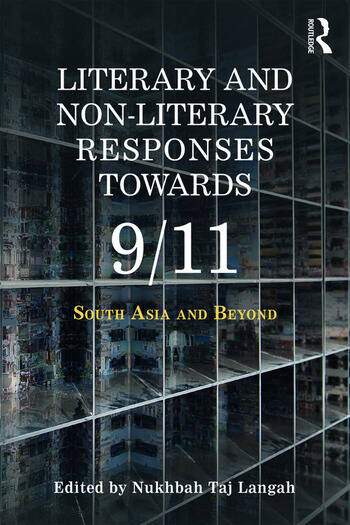 Literary and Non-literary Responses Towards 9/11: South Asia and Beyond

This book presents a range of analytical responses towards 9/11 through a critical review of literary, non-literary and cultural representations. The contributors examine the ways in which this event has shaped and complicated the relationship between various national and religious identities in contemporary world history. Unlike earlier studies on the topic, this work reconciles both eclectic and pragmatic approaches by analyzing the stereotypes of nationhood and identities while also questioning theoretical concepts in the context of the latest political developments.

This book will be useful to scholars and researchers of South Asian literature, Islamic studies, literary criticism, political sociology, anthropology and cultural studies, those in the media and the general reader.

PART IV: Who else is marginalized?

Nukhbah Taj Langah is Associate Professor of English and Dean of Humanities, Forman Christian College University, Lahore, Pakistan. She specializes in contemporary resistance literature from South Asia. Her publications include Poetry as Resistance: Islam and Ethnicity in Postcolonial Pakistan (2011) and Poems: Noshi Gillani (co-translated with Lavinia Greenlaw, 2008). She is a freelance translator, a political activist, and a proponent of interdisciplinary approaches in postcolonial studies through pedagogical approaches and academic research. She was selected as a Charles Wallace Fellow at School of Oriental and African Studies in 2018.

‘This thorough multi-layered collection is a long-needed response to the repercussions emerging from the single most important day of our times. The contributors probe transformative cultural representations and important critical debates ranging from stereotyping Muslim identity to 9/11’s impact on South Asian writers and artists, and how social attitudes have altered perceptions of Muslims in general and of Pakistanis in particular. Many writers focus on Pakistan, a pivotal site whose fate has subsequently become inextricably intertwined with that of Afghanistan’s. Readers will enjoy the varied discussions of literary, media, cultural, and anthropological responses that have occurred in the wake of 9/11.’

‘This critical evaluation of identity politics and its pathologies (9/11 is only one symptom) by young scholars from South Asia is urgently necessary. It is the young, after all, who must now think about a humane and just future.’

Alok Bhalla, critic, translator and author of Stories About the Partition of India (1994) and Partition Dialogues (2001)

‘With Literary and Non-Literary Responses Towards 9/11: South Asia and Beyond, Nukhbah Taj Langah has gathered together an important collection of essays that track the trenchant legacies of 9/11. This collection demonstrates that US foreign policy is not the only source for understanding what 9/11 means; literary texts and visual representations, as well as theories and the discourses that are produced, push scholars beyond quantitative analyses to more complex and multi-faceted ones. Langah’s collection rebuilds collapsed conceptual structures that, in their crumbled state, would have us accept words such ‘Islam’, ‘the West’, and ‘terrorism’, for instance, as monoliths rather than as complex, internally diverse, and dynamic ways of referring to human relations.’

‘A groundbreaking study on how the 9/11 terrorist attacks impacted in the long-term South Asia societies at different levels. The main interest is in de-centering the usual political and geopolitical issues related to the event, to show it ripples through the different cultural productions, and beyond.’

Literary and Non-literary Responses Towards 9/11: South Asia and Beyond