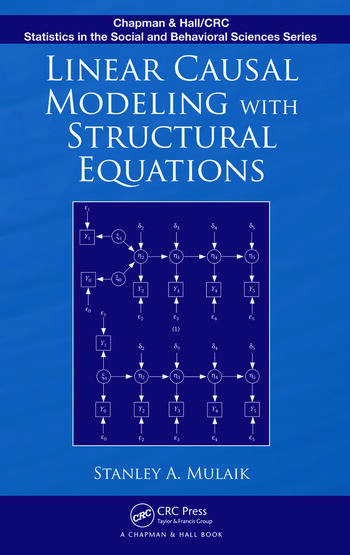 Emphasizing causation as a functional relationship between variables that describe objects, Linear Causal Modeling with Structural Equations integrates a general philosophical theory of causation with structural equation modeling (SEM) that concerns the special case of linear causal relations. In addition to describing how the functional relation concept may be generalized to treat probabilistic causation, the book reviews historical treatments of causation and explores recent developments in experimental psychology on studies of the perception of causation. It looks at how to perceive causal relations directly by perceiving quantities in magnitudes and motions of causes that are conserved in the effects of causal exchanges.

The author surveys the basic concepts of graph theory useful in the formulation of structural models. Focusing on SEM, he shows how to write a set of structural equations corresponding to the path diagram, describes two ways of computing variances and covariances of variables in a structural equation model, and introduces matrix equations for the general structural equation model. The text then discusses the problem of identifying a model, parameter estimation, issues involved in designing structural equation models, the application of confirmatory factor analysis, equivalent models, the use of instrumental variables to resolve issues of causal direction and mediated causation, longitudinal modeling, and nonrecursive models with loops. It also evaluates models on several dimensions and examines the polychoric and polyserial correlation coefficients and their derivation.

Covering the fundamentals of algebra and the history of causality, this book provides a solid understanding of causation, linear causal modeling, and SEM. It takes readers through the process of identifying, estimating, analyzing, and evaluating a range of models.

The Rise of Structural Equation Modeling

An Example of Structural Equation Modeling

Treatment of Variables as Vectors

Maxima and Minima of Functions

Science as Knowledge of Objects Demands Testing of Causal Hypotheses

From Path Diagrams to Structural Equations

Formulas for Variances and Covariances in Structural Equation Models

Derivatives of Elements of Matrices

Testing Invariance across Groups of Subjects

An Example of Confirmatory Factor Analysis

Equivalent Models That Do Not Fit Every Covariance Matrix

A Conjecture about Avoiding Equivalent Models by Specifying Nonzero Parameters

Covariances and Correlations with Nonrecursive-Related Variables

Properties of Chi-Square and Noncentral Chi-Square

Goodness-of-Fit Indices, CFI, and Others

The Meaning of Degrees of Freedom

AIC Does Not Correct for Parsimony

Is the Noncentral Chi-Square Distribution Appropriate?

Confusion of "Likelihoods" in the AIC

Criticisms of Indices of Approximation

Stanley A. Mulaik is Professor Emeritus in the School of Psychology at the Georgia Institute of Technology.

"…an accessible yet rigorous treatment of the subject and is likely to be appealing to a wide statistical audience. … I enjoyed reading this book and suspect others will too. I would recommend this book for students and researchers [who] are familiar with standard applied statistics and causal inference but are looking for an introduction to structural equation modeling."
—Eric Laber, Journal of the American Statistical Association, September 2013

"The book is written by one of the most prominent researchers in the field of structural equation models (SEM). … It is primarily a useful textbook for graduate students but could also be very useful for researchers in quantitative methods. … the book presents the standard methods of SEM in a form that makes them interesting to students and researchers with interests in the philosophical treatment of causality using SEM. … a very useful textbook for graduate students. It stands out for its rigorous treatment of SEM as a whole and for a particularly useful philosophical treatment of causality. … Stanley Mulaik’s book is one of the most useful ones with which to start a journey in this field."
—Spiridon Penev, Australian & New Zealand Journal of Statistics, 2011

"The book benefits very substantially from the author’s mixed background in multivariate analysis, psychometrics, and philosophy of science—a background which is ideally suited to the eclectic issues raised by considerations of causality. I am sure the volume will prove to be a very useful contribution to the literature, an excellent text for someone intending to research in this area, and a useful reference source for those already doing so."
—David J. Hand, International Statistical Review (2011), 79 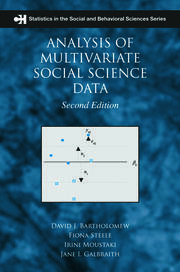 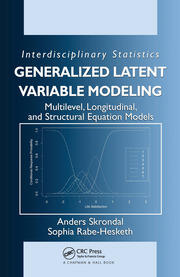