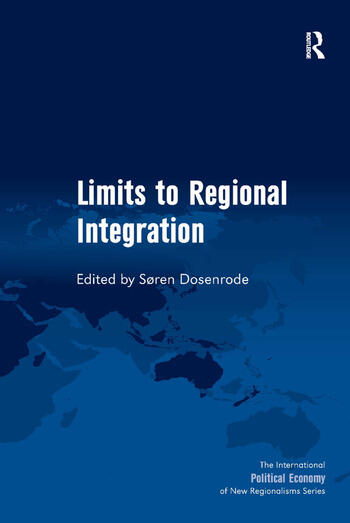 SÃ¸ren Dosenrode is a Professor of International Politics, Jean Monnet Professor of European Studies, and Director of the Centre for Comparative Integration Studies at Aalborg University. He holds an MPhil from the University of Copenhagen, and a DPhil from the University of ZÃ¼rich. SÃ¸ren currently heads a research project on indicators for potential regional integration. His latest Ashgate publication was The European Union after Lisbon: Polity, Politics, Policy.

’Dosenrode deserves credit for putting these chapters together, with very perceptive comparative conclusions, based on diverse case studies stretching from the least (the Arctic) to the most integrated region (the EU). The book successfully brings back the classical theories, somewhat neglected in recent years. It is a most welcome addition to the literature on comparative regional integration.’ Finn Laursen, University of Southern Denmark, Odense, Denmark ’This is an important book on an increasingly important subject with contributions from a distinguished group of international scholars. Unlike many writing in this area, the contributors make no prior assumptions about the future paths of regional integration, but instead provide detailed analysis of the limits to integration drawn from a wide range of empirical examples. Dosenrode should be congratulated both for the broad scope of this collection and for placing diverse integration experiences in theoretical context.’ David McKay, University of Essex, UK