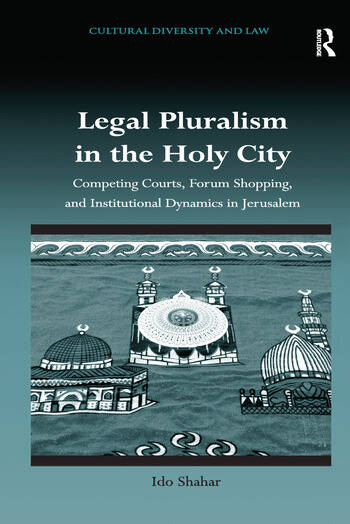 This book provides an unprecedented portrayal of a lively shari'a court in contemporary West Jerusalem, which belongs to the Israeli legal system but serves Palestinian residents of the eastern part of the city. It draws a rich picture of an intriguing institution, operating in an environment marked by legal pluralism and by exceptional political and cultural tensions. The book suggests an organizational-institutional approach to legal pluralism, which examines not only the relations between bodies of law but also the relations between courts of law serving the same population. Based on participant observations in the studied court as well as on textual and legal analyses of court cases and rulings, the study combines history and ethnography, diachronic and synchronic perspectives, and examines broad, macro-political processes as well as micro-level interactions. The book offers fresh perspectives on the phenomenon of legal pluralism, on shari'a law in practice and on Palestinian-Israeli relations in the divided city of Jerusalem. The work is a valuable resource for academics and researchers working in the areas of Legal Pluralism, Islamic Law, and socio-legal history of the Middle East.

Ido Shahar is Assistant Professor at the Department of Middle Eastern History, University of Haifa. He is a legal anthropologist and a social historian, specializing in the study of shari'a courts and of Palestinian society. He has published extensively on legal pluralism, on shari'a courts in Israel, and on Palestinians in Israel.

’Legal Pluralism in the Holy City is a ground-breaking contribution to the study of co-existing and intersecting legal systems in contemporary Jerusalem, within the context of the raging national conflict in the city and in surrounding Palestine. It provides Shahar with a vantage point from which he contributes to the theory of legal pluralism in a subtle way. I have no doubt this book will be an important read for both academics and practitioners interested in law-in-action, legal pluralism, Islamic law and the Israeli-Palestinian conflict.’ Baudouin Dupret, CNRS, France, and Centre Jacques-Berque, Morocco ’With convincing detail and insightful analysis Shahar demonstrates the resilience and creativity of Jerusalem’s Muslim courts. Never avoiding the political realities or fieldwork challenges, he clarifies with originality and telling examples the intertwined jurisdictional, organizational and humanitarian issues facing the Muslim courts in Israel and, by implication, throughout the Muslim world.’ Lawrence Rosen, Princeton University, USA ’Shahar gives us a detailed ethnography of a complex set of legal fields, including an Israeli shari’a court in West Jerusalem and two non-Israeli shari’a courts in East Jerusalem. Through detailed accounts of everyday life in the court and illustrative cases, he traces processes of inter-court competition, women’s demands for law reform, and innovations undertaken by the shari’a judges. An important contribution to legal ethnography and the social study of Islamic law.’ John R. Bowen, Washington University in St. Louis, USA, and author of Can Islam be French and Blaming Islam ’Shahar, a rare combination of anthropologist and Islamologist, offers fresh perspectives on application of Islamic and Israeli law in the sharia court in West Jerusalem and its interaction with the Family Court and the Palestinian and Jordanian sharia courts in East Jerusalem. The study, based on participant observations and