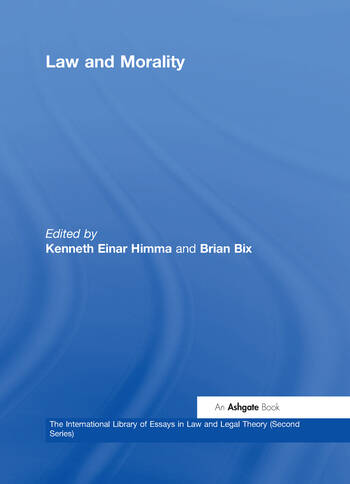 This volume collects many of the key essays exploring the possible relationships between the concepts of law and morality, a central concern of contemporary philosophizing about law. It is organized around five conceptual issues: classical natural law theory; legal positivism's separability thesis; Ronald Dworkin's constructive interpretivism; inclusive legal positivism's assertion that there can be legal systems with moral criteria of legality; and the relevance of morality and moral theorizing in theorizing about the concept of law and associated legal concepts. Each of the essays makes an important contribution toward addressing these issues.

Dr Kenneth Einar Himma is Associate Professor of Philosophy at Seattle Pacific University, USA. Brian Bix is Frederick W. Thomas Professor for the Interdisciplinary Study of Law and Language at the University of Minnesota, USA.