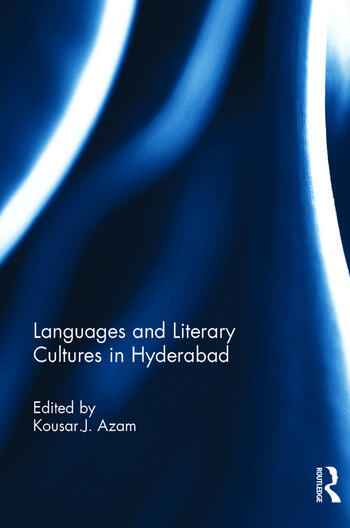 Languages and Literary Cultures in Hyderabad

There is great interest in recent scholarship in the study of metropolitan cultures in India as evident from the number of books that have appeared on cities such as Delhi, Mumbai, Chennai and Kolkata. Though Hyderabad has a rich archive of history scattered in many languages, very few attempts have been made to bring this scholarship together.

The papers in this volume bring together this scholarship at one place. They trace the contribution of different languages and literary cultures to the multicultural mosaic that is the city of Hyderabad

How it has acquired this uniqueness and how it has been sustained is the subject matter of literary cultures in Hyderabad. This work attempts to trace some aspects of the history of major languages practiced in the city. It also reviews the contribution of the various linguistic groups that have added to the development not just of varied literary cultures, but also to the evolution of an inclusive Hyderabadi culture.

The present volume, it is hoped, will enthuse both younger and senior scholars and students to take a fresh look at the study of languages and literary cultures as they have evolved in India's cities and add to the growing scholarship of metropolitan cultures in India.

1. A Tentative Paradigm for the Study of Languages
and Literary Cultures in Hyderabad City
R.S. Sharma

5. American Studies Research Centre:
The Rise and Fall of an Institution
B. Ramesh Babu

10. The Localities as Reflections of Linguistic Cultures
of Hyderabad
Anand Raj Verma

14. The Role of Literary Associations in the Promotion
of Telugu Language in Hyderabad City
C. Mrunalini

15. Telugu Poets of the Deccan and their Contribution to
the Development of Literary Culture in Hyderabad
P. Varija Rani

16. Literary Translation and Contribution of Hyderabad
to Hindi
P. Manikyamba

23. Kannada in Hyderabad: Past and Present
K.G. Narayan Prasad

Kousar J. Azam, Professor and former Head, Department of Political Science, Osmania University, Hyderabad, has held many academic and administrative positions including the Chairmanship of the Southern Regional Centre of ICSSR and membership of APPSC. Recipient of Ford, Fulbright, Rockefeller fellowships and the Best Teacher Award of the Govt. of Andhra Pradesh, she has lectured at many universities in India and abroad. She has authored/edited, nine books and is currently, Honorary Advisor at the Osmania University Centre for International Programmes.

Languages and Literary Cultures in Hyderabad