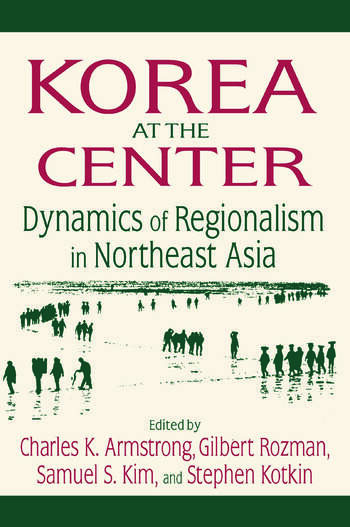 The common images of Korea view the peninsula as a long-standing battleground for outside powers and the Cold War's last divided state. But, Korea's location at the very center of Northeast Asia gives it a pivotal role in the economic integration of the region and the dynamic development of its more powerful neighbors. A great wave of economic expansion, driven first by the Japanese miracle and then by the ascent of China, has made South Korea - an economic powerhouse in its own right - the hub of the region once again, a natural corridor for railroads and energy pipelines linking Asiatic Russia to China and Japan. And, over the horizon, an opening of North Korea, with multilateral support, would add another major push toward regional integration. Illuminating the role of the Korean peninsula in three modern historical periods, the eminent international contributors to this volume offer a fresh and stimulating appraisal of Korea as the key to the coalescence of a broad, open Northeast Asian regionalism in the twenty-fifth century.