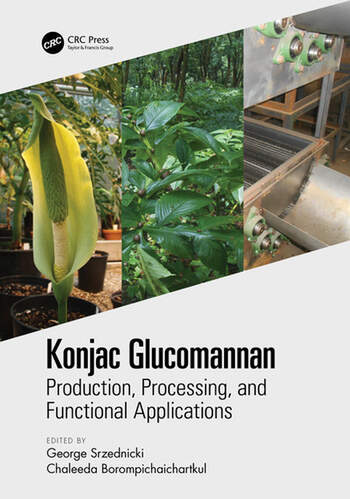 In recent years, konjac glucomannan (KGM) has attracted growing attention as a dietary fibre. It is a neutral hydrocolloid with significant health functions. Although relatively little known in the Western world, it has been part of the human diet in China and Japan for nearly two thousand years. Initially, the main source of KGM was Amorphophallus konjac from which the common English name ‘konjac’ is derived. Nowadays, the production of KGM is expanding into SE Asia and more tropical species of Amorphophallus are used as a raw material.

deals with a wide range of aspects related with the production of KGM, including the taxonomy of the genus Amorphophallus with a focus on edible species, their physiology, ecology and field production. Other sections of the book discuss the postharvest processing and physico-chemical properties of KGM. A considerable portion is dedicated to the applications of KGM in functional foods, food additives and their derivatives and in medicine. In addition, Konjac Glucomannan describes the current status of the KGM industry and the research done by industrial and scientific institutions in the major producing countries.

At present, KGM has wide applications in the food industry as a gelling agent, stabiliser and emulsifier and is used for edible coatings for preservation of fruit and vegetables. Other uses are in pharmaceutical industry for microencapsulation of active compounds that are to be released ‘on demand’ for treatment of various diseases. This book is aimed at researchers in academia and industry, and will appeal to professionals from a wide variety of industries including food scientists & engineers, botanists, agronomists, nutritionists, health care professionals, pharmaceutical industry professionals.

George Srzednicki, PhD completed a Ph.D. in Technical Sciences with major emphasis on Agricultural Engineering in 1977 at the Swiss Federal Institute of Technology (ETH, Zurich, Switzerland). He started his professional career as a consultant for engineering companies (Elektrowatt, Agroprogress) in Africa (Senegal, Nigeria) and Asia (Bangladesh) and also for the Swiss government agency funding technical cooperation projects Central America (Costa Rica). His activities included harvest and postharvest techniques with focus on storage of food grain, seed and perishable crops. In 1988 he joined the University of New South Wales (Department of Food Science & Technology, later School of Chemical Engineering) in Sydney (Australia). He became involved in a range of research projects such as design of food processing equipment, especially drying, process control and optimisation, product quality in food dehydration processes, energy efficiency in food processing etc. Several research projects were conducted in collaboration with research organisations in countries such as Thailand, the Philippines, Malaysia, Vietnam, Indonesia, China, India and Papua New Guinea. He supervised 24 PhD theses (five related to konjac glucomannan), was involved in the development of training materials and their delivery, authored 4 book chapters and over 130 papers for peer reviewed journals and conference proceedings.

Assoc. Prof. Dr. Chaleeda Borompichaichartkul completed a PhD in Food Science and Technology with major emphasis on Food Processing and Engineering especially in Drying Technology in 2004 (University of New South Wales, Australia). In 2004, she started to work at Department of Food Technology, Faculty of Science, Chulalongkorn University in Bangkok as Junior Lecturer and then in 2005 she obtained a Postdoc Scholarship to UMR-GENIAL Unité Mixte de Recherche Genial Cemagref, ENSIA, INAPG, INRA, Massey, France. In 2006, she created a research team on Konjac Glucomannan Processing and Applications at Department of Food Technology, Faculty of Science, Chulalongkorn University. Her main research interests include applied research in drying technology and extension focusing on konjac glucomannan, its processing and applications in functional ingredients and foods. The research activities deal with studies of physical and chemical properties of konjac glucomannan, microencapsulation process, and development of functional films using konjac glucomannan as raw material. She has directed and evaluated Thai and international research projects, supervised doctoral theses, trained national and international students and collaborated with research groups in Australia, New Zealand, Italy, Austria, Germany, USA, China, Vietnam, Indonesia and Malaysia. To date she has published over 40 peer-reviewed research articles (H-index of 8). 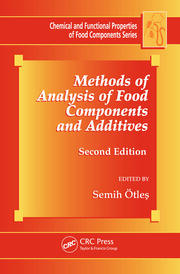 Methods of Analysis of Food Components and Additives 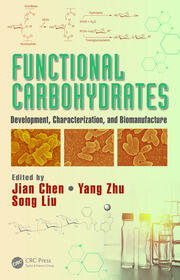