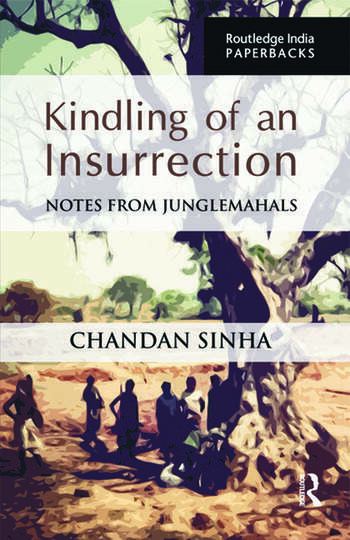 Kindling of an Insurrection: Notes from Junglemahals

The tribal areas of central and eastern India have been under the intractable shadow of left-wing extremism in recent years, fuelling a serious internal crisis in the country. While the clashes between the Maoists and the State have been highlighted by the media, academics and others, the situation of the people caught between the crossfire has often been overlooked.

Kindling of an Insurrection

provides a gripping account of the lives of people in the conflict-affected district of Paschim Medinipur, West Bengal as experienced by a District Collector. By focusing on the plight of the people of Junglemahals — the term for the forested areas of the region — the author draws attention to the harsh living conditions, unstable occupations and almost non-existent education, highlighting the people’s lack of access to developmental schemes implemented by the government and non-governmental organisations. Based on extensive tour notes, the narrative attempts a subtle balance between a personal diary and official documentation, bringing to fore complexities, challenges and dynamics of the ground reality as also the administrative work carried out in the region.

Accompanied by photographs, this book offers a rare chronicle of life in rural West Bengal, exposing the roots of the alienation of marginalised tribal communities, and the circumstances leading to the rise of an insurrection within the nation’s heartland. Authoritative and lucid, the book will be indispensable for scholars and researchers in the areas of public administration, social work, development studies, social anthropology and politics. It will also prove useful to policy makers, journalists and the general reader interested in West Bengal and left-wing extremism.

Chandan Sinha is currently Secretary to the Governor, West Bengal.

Kindling of an Insurrection: Notes from Junglemahals