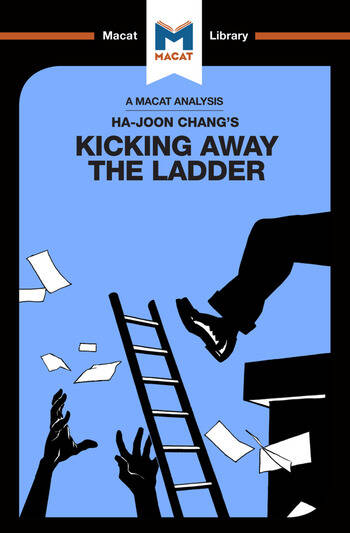 Kicking Away the Ladder

South Korean economist Ha-Joon Chang used his 2003 work Kicking Away The Ladder to challenge the central orthodoxies of development economics, using his creative thinking skills to shine new light on an old topic.

Creative thinkers are often distinguished by their willingness to challenge received ideas, and this is a central aspect of Chang’s work on development. Before Chang, the received wisdom was that developing countries needed the same kinds of economic policies and institutions as developed countries in order to enjoy the same prosperity. But, as Chang pointed out, the historical evidence showed that First World economic success was, in fact, due to exactly the kinds of state intervention that modern development orthodoxy shuns. Western affluence is the product of precisely the kinds of state control – of protectionism and the setting of price tariffs – that developed countries have since denied the developing world in the name of economic freedom and ‘best practice.’

By insisting that Third World nations should adopt these economic policies themselves, argued Chang, the West is actually stifling Third World economic prospects – kicking away the ladder. His carefully reasoned argument for a novel point of view was closely based on the critical thinking skill of producing novel explanations for existing evidence, and led many to question development orthodoxies – sparking a rethink of modern development strategies for less-developed countries.

Who is Ha-Joon Chang?

What does Kicking Away the Ladder Say?

Why does Kicking Away the Ladder Matter?

Sulaiman Hakemy holds an MSc in economic history and development from the London School of Economics. A writer and journalist, he has reported on industry, politics, and culture for various publications. His background is in the development aid and urban planning sectors, specialising in conflict and fragile states. He is based in Istanbul and Toronto, and speaks English, French, Spanish, Arabic, Persian, and some Urdu.

Kicking Away the Ladder