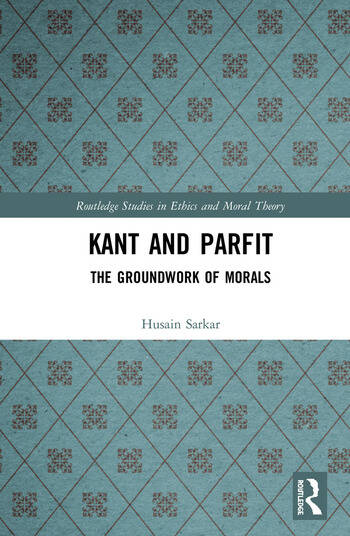 Kant and Parfit: The Groundwork of Morals

Derek Parfit’s On What Matters is widely recognized as elegant, profound, and destined to change the landscape of moral philosophy. In Volume One, Parfit argues that the distinct—indeed, powerfully conflicting—theories of deontology and contractualism can be woven together in a way so as to yield utilitarian conclusions. Husain Sarkar in this book calls this, The Ultimate Derivation. Sarkar argues, however, that this derivation is untenable. To underwrite this conclusion, this book traverses considerable Parfitian terrain. Sarkar shows why Parfit hasn’t quite solved what Sidgwick had called "the profoundest problem in ethics"; he offers a reading of Kant, Rawls, and Scanlon that reveals Parfit’s keen utilitarian bias; and he demonstrates why Parfit’s Triple Theory does not succeed in its task of unifying conflicting moral theories (without making substantial utilitarian assumptions). The final chapter of the book is about meta-ethics. It shows that Parfit’s Convergence Principle is mistaken even though it unveils Parfit’s utterly humane concerns: Moral philosophers are not, as Parfit thinks, climbing the same mountain. But for all that, Sarkar maintains, Parfit’s book is arguably the greatest consequential tract in the history of moral philosophy.

Part I. The Framework for the Ultimate Derivation

3. Kant’s Ideal: The Merely as a Means Principle

6. The Golden Rule and the Path to Impartiality

9. The Ultimate Derivation I: The Base and the Argument

Husain Sarkar is Professor of Philosophy in the Department of Philosophy at Louisiana State University. He is the author of A Theory of Method (1983), The Toils of Understanding: An Essay on "The Present Age" (2000), Descartes’ Cogito: Saved from the Great Shipwreck (2003), and The Problem of Group Rationality (2007). He has thrice been a recipient of the National Endowment for the Humanities award. He has received LSU’s Distinguished Faculty Research Award (2001); the 2006-2007 ATLAS (Awards to Louisiana Artists and Scholars); and, the LSU 2008 Rainmaker’s Award.

Kant and Parfit: The Groundwork of Morals