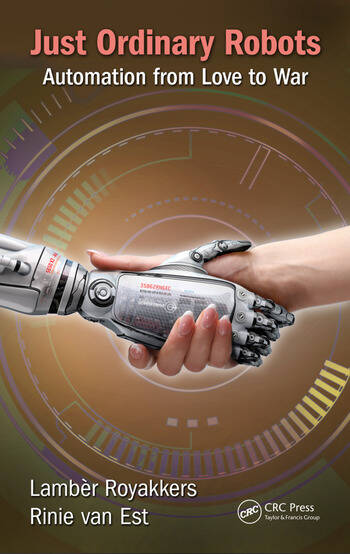 A social robot is a robot that interacts and communicates with humans or other autonomous physical agents by following social behaviors and rules attached to its role. We seem to accept the use of robots that perform dull, dirty, and dangerous jobs. But how far do we want to go with the automation of care for children and the elderly, or the killing of terrorists? Would we be setting humanity aside if we accepted such automation?

Just Ordinary Robots: Automation from Love to War provides a socially involved, yet sober, view into the new age of robots. It supplies a cutting-edge look at robot technologies, including what these technologies are capable of and the ethical and regulatory questions they raise.

The book surveys the various types of social robots and examines their social significance in homes, health care, traffic, the police, and the military. Considering the technical characteristics and societal expectations of robots in these areas, it explores what is possible right now in terms of robot technologies. It also looks into the social, ethical, and regulatory issues future robot technologies will create.

The text provides authoritative insights into the social significance of robots for the medium and long term. Illustrating the political, administrative, and regulatory consequences related to each area, it highlights key points that need to be publicly discussed or put on the agenda by today’s politicians and policy makers.

Taking Care of Our Parents: The Role of Domotics and Robots
Introduction
Domotics for Care for the Elderly
Paradigmatic Shift in Care
Ethical Issues
From Home Robotics to Robots in the Home
Increasing the Pace of the Paradigmatic Shift in Care
General Ethical Issues Relating to Care Robots
Specific Ethical Issues with Regard to the Role of Care Robots
Robot as Companion
Robot as Cognitive Assistant of the Care Recipient
Robot as (Supporter of the) Caregiver
Observational Conclusions: The Long Term
Interview with Hans Rietman (Professor of Physical
Medicine and Rehabilitation, University of Twente)
References

Lambèr Royakkers is an associate professor in ethics and technology at the Department School of Innovation Sciences of the Eindhoven University of Technology, The Netherlands. He has studied mathematics, philosophy, and law. In 1996, he obtained his PhD on the logic of legal norms. During the past few years, he has done research and published in the following areas: military ethics, robo-ethics, deontic logic, and the moral responsibility in research networks. He was project leader of the research program "Moral Fitness of Military Personnel in a Networked Operational Environment" (2009–2014) from The Netherlands Organisation for Scientific Research (NWO). His research has an interdisciplinary character and is on the interface between ethics, law, and technology.

He is also involved in a European project, as chairman of the Ethics Advisory Board of the FP7-project SUBCOP (SUicide Bomber COunteraction and Prevention, 2013–2016). He has authored and coauthored more than 10 books, including Ethics, Engineering and Technology (Wiley-Blackwell, 2011) and Moral Responsibility and the Problem of Many Hands (Taylor & Francis Group 2015).

Rinie van Est is a research coordinator and "trendcatcher" with the Rathenau Institute’s Technology Assessment division. He has a background in applied physics and political science. At the Rathenau Institute, he is primarily concerned with emerging technologies such as nanotechnology, cognitive sciences, persuasive technology, robotics, and synthetic biology. In addition to his work for the Rathenau Institute, he lectures on technology assessment and foresight at the School of Innovation Sciences of the Eindhoven University of Technology. He has contributed to some recent studies: Check In/ Check Out: The Public Space as an Internet of Things (2011), European Governance Challenges in Bio-Engineering – Making Perfect Life: Bio-Engineering (in) the 21st Century (2012), Energy in 2030 (2013), Intimate Technology: The Battle for Our Body and Behavior (2014).

"Just Ordinary Robots: Automation from Love to War examines the social significance of the new generation of five types of robots: the home robot, the care robot, police and private drones, the car robot, and the military robot. ... This book is the result of many years of research by the Rathenau Institute, The Netherlands’ key research and debating center for science, technology, and society. In 2012, this research led to the publication of the Dutch book Overal Robots (Robots Everywhere), written by Lambèr Royakkers, Floortje Daemen, and Rinie van Est. This book is an updated and drastically revised version of that book."
—From the Book’s Foreword by Frans Brom, Head of Technology Assessment, Rathenau Institute, The Hague, The Netherlands 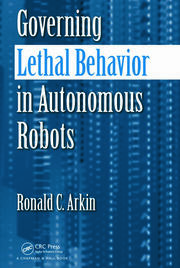 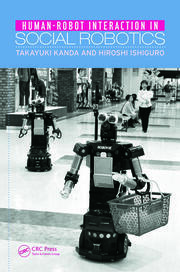 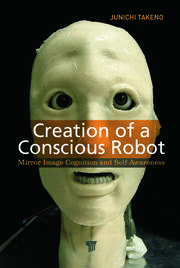 Creation of a Conscious Robot: Mirror Image Cognition and Self-Awareness