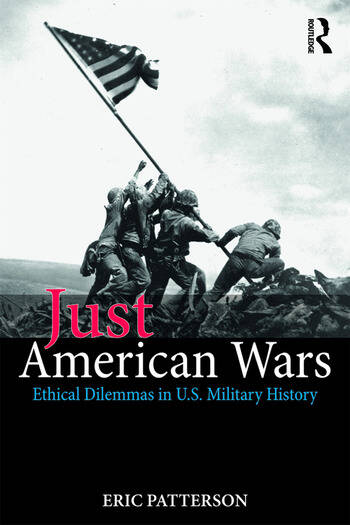 This book examines the moral choices faced by U.S. political and military leaders in deciding when and how to employ force, from the American Revolution to the present day.

Specifically, the book looks at discrete ethical dilemmas in various American conflicts from a just war perspective. For example, was the casus belli of the American Revolution just, and more specifically, was the Continental Congress a "legitimate" political authority? Was it just for Truman to drop the atomic bomb on Japan? How much of a role did the egos of Kennedy, Johnson and Nixon play in prolonging the Vietnam War? Often there are trade-offs that civilian and military leaders must take into account, such as General Scott’s 1847 decision to bombard the city of Veracruz in order to quickly move his troops off the malarial Mexican coast. The book also considers the moral significance and policy practicalities of different motives and courses of action. The case studies provided highlight the nuances and even limits of just war principles, such as just cause, right intention, legitimate authority, last resort, likelihood of success, discrimination, and proportionality, and principles for ending war such as order, justice, and conciliation.

This book will be of interest for students of just war theory, ethics, philosophy, American history and military history more generally.

1. Just American Wars? From Lieber’s Code to the Cold War and Beyond

Section 1: The Ethics of Going to War

3. When is Enough Enough? Last Resort and Likelihood of Success in the War of 1812

4. Dominos, Ego, and National Honor: The Ethics of Going to, and Prolonging, the Vietnam War

Section 2: The Ethics of How War is Fought

5. The Texas Rangers, Yellow Jack, and Veracruz: Proportionality and Discrimination in the Mexican-American War

6. Truman, Hiroshima, and Contemporary Nuclear Issues: The Intersection of Jus ad Bellum and Jus in Bello

Section 3: Bringing War to a Morally and Politically Satisfying End

7. The Taft Commission in Manila: Political Order, Justice, and Conciliation after the Spanish American War

8. Vindication or Vengeance in 1919? The Contrasting Policies of Wilson, Clemenceau, and Lloyd George

9. The Morality of Victory in Contemporary Warfare

Eric Patterson is Dean of the School of Government at Regent University and a Research Fellow at Georgetown University’s Berkley Center for Religion, Peace, and World Affairs, U.S.A. He is the author or editor of over a dozen books, including Ending Wars Well (2012) and Philosophers on War (2017).