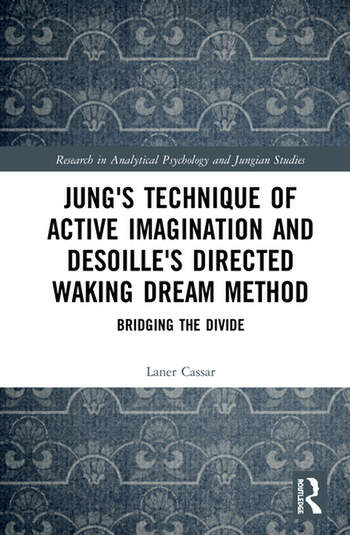 Jung's Technique of Active Imagination and Desoille's Directed Waking Dream Method brings together Carl Jung’s active imagination and Robert Desoille’s "rêve éveillé dirigé/directed waking dream" method (RED). It studies the historical development of these approaches in Central Europe in the first half of the 20th century and explores their theoretical similarities and differences, proposing an integrated framework of clinical practice.

The book aims to study the wider European context of the 1900s which influenced the development of both Jung’s and Desoille’s methods. This work compares the spatial metaphors of interiority used by both Jung and Desoille to describe the traditional concept of inner psychic space in the waking dreams of Jung’s active imagination and Desoille’s RED. It also attempts a broader theoretical comparison between the procedural aspects of both RED and active imagination by identifying commonalities and divergences between the two approaches.

This book is a unique contribution to analytical psychology and will be of great interest for academics, researchers and post-graduate students interested in the use of imagination and mental imagery in analysis, psychotherapy and counselling. The book’s historical focus will be of particular relevance to Jungian and Desoillian scholars since it is the first of its kind to trace the connections between the two schools and it gives a detailed account of Desoille’s early life and his first written works.

5 Jungians and the Directed Waking Dream: Orthodox and Unorthodox Perspectives

Jung and Desoille – a Historical Investigation

6 Theoretical Influences on Jung and Desoille

10 The Concept of Interiority and its Development in Western Europe

11 On spatial metaphors of interiority

12 Conceptualising A Theoretical Comparison of RED and Active Imagination

13 A Theoretical Comparison of RED and Active Imagination: Getting Started, Preparation of the Body and Directivity by the Analyst

14 A Theoretical Comparison of RED and Active Imagination: Transferential issues, Narrative style and Interpretation in the Middle and Final Phase of Treatment

Laner Cassar is a clinical psychologist, Gestalt psychotherapist and Jungian analyst from Malta. He holds a Ph.D in Psychoanalytic Studies from the Centre of Psychoanalytic Studies at the University of Essex, UK. He is president of the Malta Jungian Developing Group (IAAP) and the International Network for the Study of Waking Dream Therapy (INSWDT).