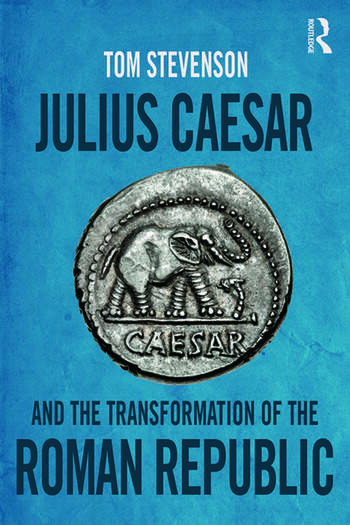 Julius Caesar and the Transformation of the Roman Republic

Julius Caesar and the Transformation of the Roman Republic provides an accessible introduction to Caesar’s life and public career. It outlines the main phases of his career with reference to prominent social and political concepts of the time. This approach helps to explain his aims, ideals, and motives as rooted in tradition, and demonstrates that Caesar’s rise to power owed much to broad historical processes of the late Republican period, a view that contrasts with the long-held idea that he sought to become Rome’s king from an early age. This is an essential undergraduate introduction to this fascinating figure, and to his role in the transformation of Rome from republic to empire.

Tom Stevenson is Senior Lecturer in Classics and Ancient History at the University of Queensland, Australia.

Julius Caesar and the Transformation of the Roman Republic