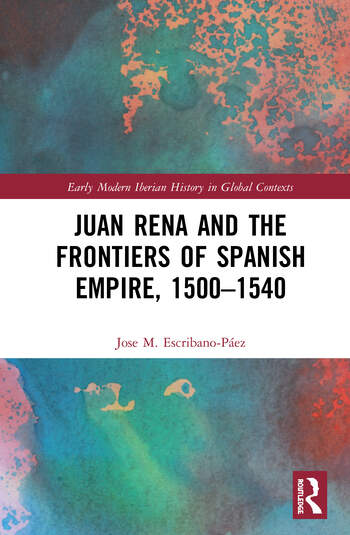 This book explores the political construction of imperial frontiers during the reigns of Ferdinand the Catholic and Charles V in the Iberian Peninsula and the Mediterranean. Contrary to many studies on this topic, this book neither focuses on a specific frontier nor attempts to provide an overview of all the imperial frontiers. Instead, it focuses on a specific individual: Juan Rena (1480–1539). This Venetian clergyman spent 40 years serving the king in several capacities while travelling from the Maghreb to northern Spain, from the Pyrenees to the western fringes of the Ottoman Empire. By focusing on his activities, the book offers an account of the Spanish Empire’s frontiers as a vibrant political space where a multiplicity of figures interacted to shape power relations from below. Furthermore, it describes how merchants, military officers, nobles, local elites and royal agents forged a specific political culture in the empire’s liminal spaces. Through their negotiations and cooperation, but also through their competition and clashes, they created practices and norms in areas like cross-cultural diplomacy, the making of the social fabric, the definition of new jurisdictions, and the mobilization of resources for war.

1. Defining the Frontier: Juan Rena’s Network and Spanish Expansion into the Maghreb

2. The Making of a Frontier: Noble Authority and Jurisdictional Pluralism Between Southern Iberia and the Maghreb

3. Political Incorporation from Below: Juan Rena and the Integration of Navarre into the Spanish Empire

4. Constructing a Maritime Frontier: Politics and Sea Power in the Mediterranean World During the Age of Charles V